ten lucky Japanese with sizable disposable income who happens to have a thing for Caterham cars and/or F1 Race Car driver Kamui Kobayashi’s fans will have a chance to ride home in one Caterham Kamui Kobayashi Limited Edition Seven starting from today. this super limited single-seater roadster is based on the marque’s Seven 250 R, which means it has a ‘performance-orientated specification’ including the 125 hp 1.6-liter Ford Sigma engine (120 lb-ft of torque, in case you are wondering…) and a six-speed stick shifter with limited slip differential that enables it to scuttle from zero to hundred kilometer per hour in just 5.9 seconds and finally, maxing out at 122 mph (196 km/h). setting the Kobayashi edition apart from the regular model are cosmetics like an exclusive paint job, an aluminum tonneau cover over the passenger seat area, single-sided rollover hoop, 13-inch diamond cut black wheels, and polished chrome exhaust system. 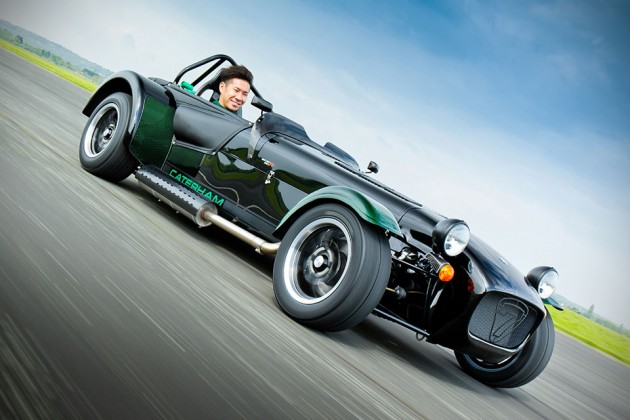 inside the cockpit, you will find a Caterham green lacquer carbon fiber dashboard signed by Kamui Kobayashi, anodized green gear knob, special Kamui gauge inlays, and a carbon fiber seat with green contrasting stitching, decorated with a Kamui logo on the head rest, complete with a Takata four-point harness. it even has a key in anodized green, as a subtle reminder that your Caterham Seven is not just any Seven. in the spirit of Kamui Kobayashi’s Formula One driver number, the Caterham Kamui Kobayashi Limited Edition Seven will wear a number 10 badge on its nose and only 10 such examples will be made and offered to Japanese enthusiasts starting today for 6,000,000 Japanese money (which works out to be around US$58,830). we believe that the numbers might have been spoken for cos’ we heard both Caterham and Kobayashi are pretty big in the Land of the Rising Sun. 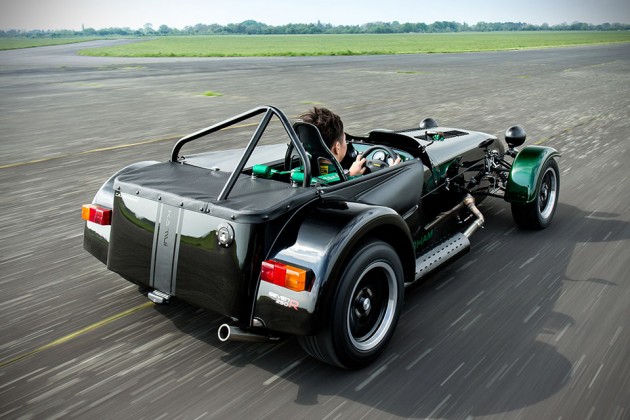 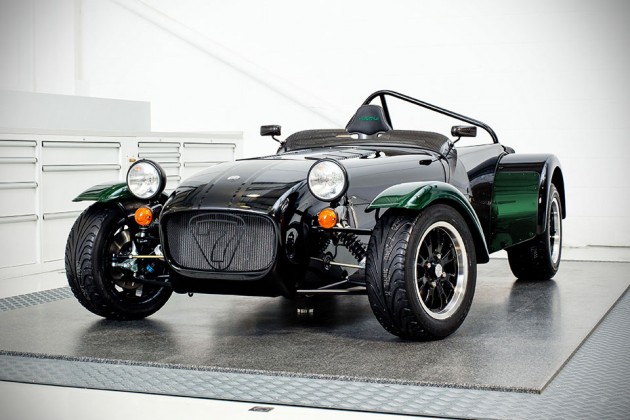 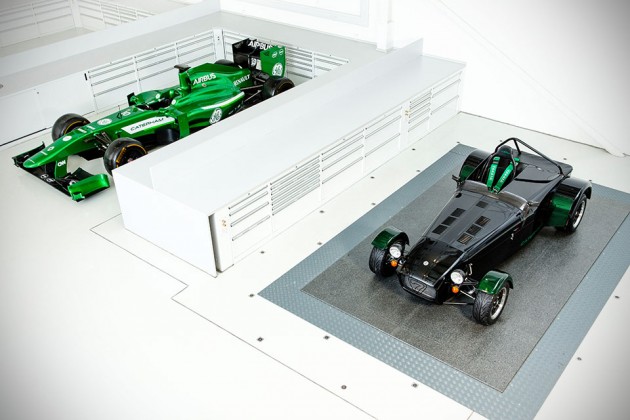 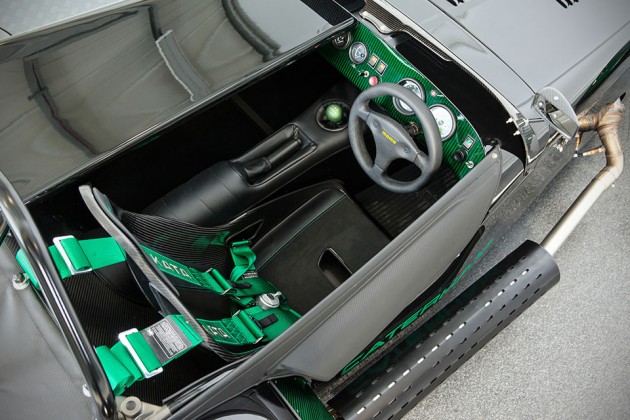 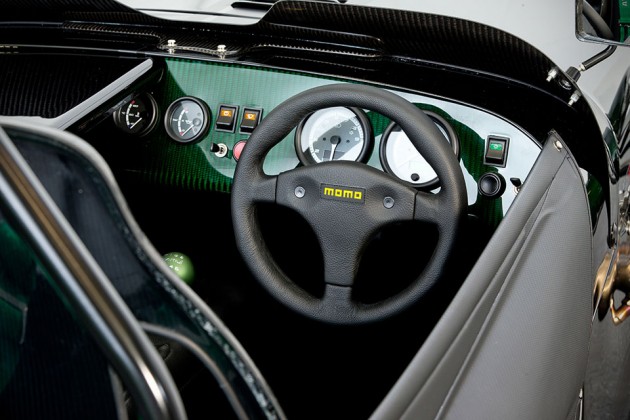 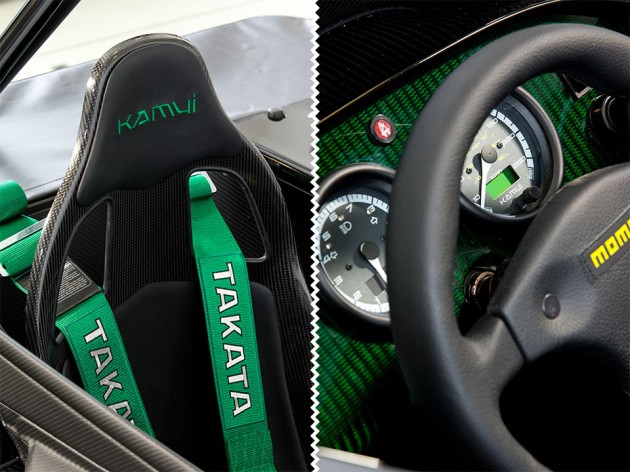