I am sure you have heard that car manufacturers are developing sensors to detect fatigue in drivers to help mitigate fatigue-related accidents but who knows when it will actually be implemented. In the mean time, fatigue is still rank as one of causes for deadly road accidents. In fact, according to U.S. National Highway Safety Administration driver fatigue has contributed to 100,000 accidents, of which 1,550 were fatal. The fatigue issue is something an upcoming gadget called the Alert Band aims to address. The device connects to your Android or iOS smartphone via Bluetooth 4.0 technology and it is worn much like a sweatband on your head. Using technology similar to EEG, the headband senses if the driver is falling into fatigue and if so, the headband sends a signal to your smartphone, which in turn alerts you, presumably with substantially loud sound. 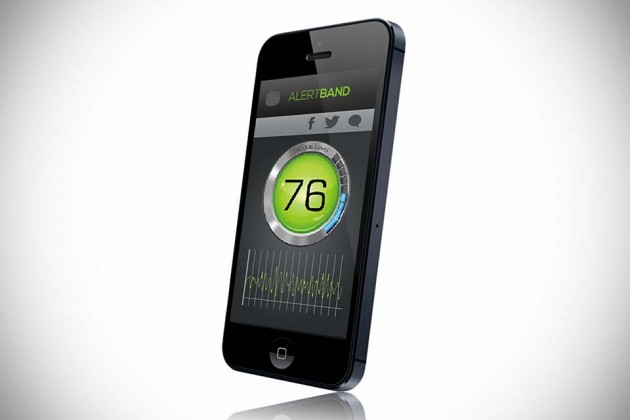 It will comes with a dedicated app that uses a numbering system, ranging from zero to hundred to indicate the user’s fatigue level. Zero indicates that the driver is fully awake, while hundred means the driver is suffering from serious exhaustion. Actually, we’d be surprised if at hundred the driver is even awake at all. Just saying… Anyways, according to Impecca, the folks behind the Alert Band, a score of 80 and above is considered dangerous and not fit for driving. In such instance, no amount of alert can help and therefore, the driver should really take a rest immediately. Tested with hundreds of participants on a simulator over the years, the Alert Band was said to provide 90 percent accuracy, but just how it will work out in real life application remains to be seen. The Alert Band is expected to be available in May “through major retailers, as well as online stores, priced at $249.99.