What you see here is NOT a Bat boat from any Batman movies. It is a Hydroplane from young British boat maker Chris Philips. Called Alpha Centauri Hydroplane, this thing might very be worthy of the Dark Knight’s seafaring vessel. This thing is quick, like super quick and it sounds absolutely like a Chevy on waters. And that’s no surprise because, this 27-foot (8.3 m) watercraft is powered by a 9.4L Chevrolet big block motor that pushes out 750 horses which, with a Scott Jet twin stage sprint jet, enables it to make 60 knots (69 mph or 111 km/h) across the open waters. 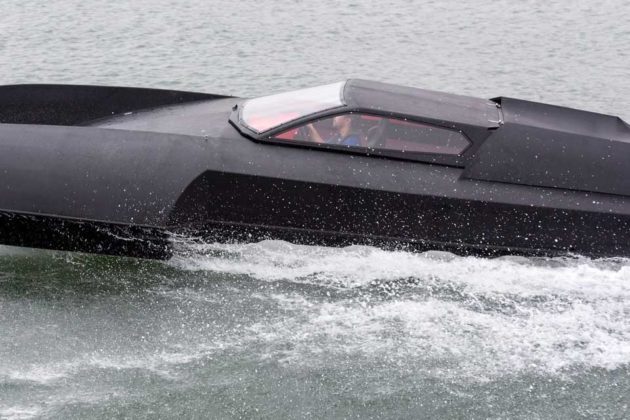 First unveiled back in 2016 at the South Hampton Boat Show as a prototype, Alpha Centauri Hydroplane is super lightweight, coming at just 1,650 kilograms (3,637 lbs) – all thanks to its lightweight composite hull and a stainless steel space frame. We are not sure of its status since its prototype unveiling in 2016 because the official website isn’t working for us at the time of this writing and the official Facebook page was last updated in November 2016. Hmmm, why do I have this feeling that the vessel didn’t make it to production? Maybe it did, just that online presence is not its thing. Perhaps. 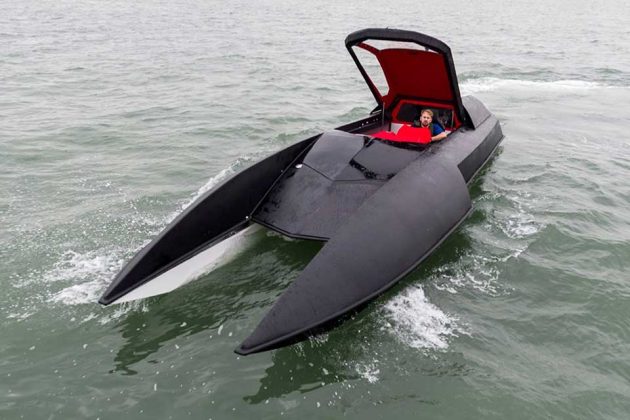 Anyways, according to YouTube channel Freeze Lists, Alpha Centauri also had options for a tamer 550 horses model, as well as a brutal 2,000 HP model for those who wants to satisfy their inner speed demons. Then again, the status is unclear at this point, but it was tipped to go on sale for $150,000 if the prototype receives enough interest. But seriously, at $150,000 a piece, it could be considered a steal for Bruce Wayne. Hell, he could have bought a bunch and outfit them with a full suite of arsenal (and maybe even sticking a couple of vertical Bat-inspired fins and reupholster the red interior to more appropriate black) to make it fit for crime fighting on waters.