In the fictional world of Scrooge McDuck, the filthy rich, elderly duck swims in a vault of gold coins, but here in the real world, humans who are equally ridiculously rich have to content with immersing themselves in luxury with the Alvarae La Baignoir Carbon Luxury Bathtub cos’ swimming in a vault of gold coins is not humanly possible, but why is this thing luxury, you ask? Because, this striking bathtub cost a freaking $37,900! That’s why. 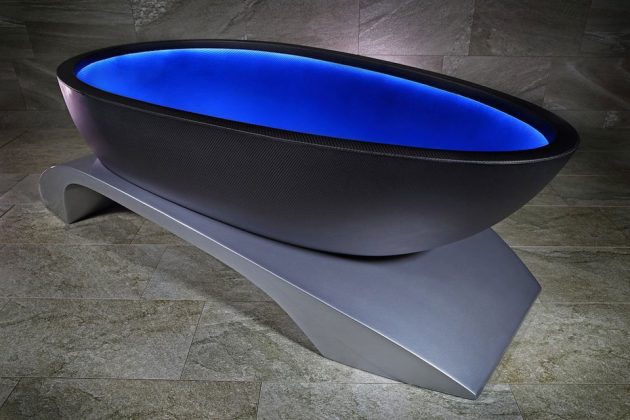 Seriously, I can’t fathom paying as much as a tiny house for just what will be part of a proper home. Then again, who am I to argue that this bathtub is outrageous or overly frivolous? Designed by Hong Kong-based Alvarae Design Studios, this ultimate in bathtub has a couldn’t-be-more-aptly called La Baignoir, which is basically French for The Bath. Yup. Just The Bath which is just saying the obvious in an articulated way, well, kind of. 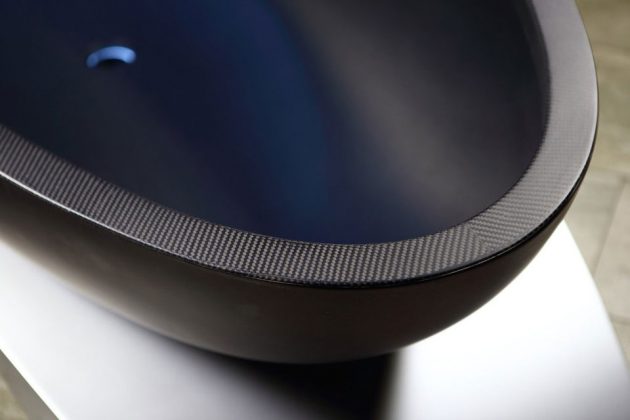 Anyways, La Baignoir is the epitome of luxury bath not just because of the out-of-this-world price tag (which it is, btw); it is because of what goes into it, the design and the material. Penned by master designer, Charles Wan, himself, the La Baignoir looks like an oversized sink is described as “composed with a matrix of composite material” which result in a structure that weighs no more than 15 kilograms (33 lbs), but yet stronger than steel. 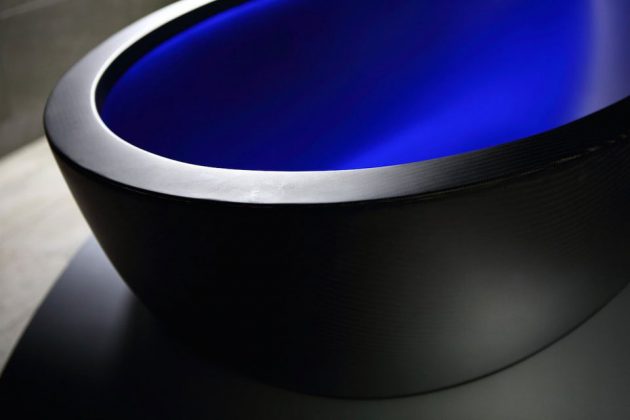 Wait, what? 33 lbs!? That’s freaking light! Better not do anything naughty with your partner while in there cos’ this thing might just shift involuntary, if you know what I mean. As you can see, apart from the carbon material, it is also lit by LED technology, no less. Though I am skeptical if anything electrical power should ever be this close to, you know, water. And then, there’s the base which is purposefully sculpted so it’d looks elegant propping up this ultra expensive bathtub. I supposed this elegant base will offer it the weight it requires not be shifted easily, but that’s just my assumption, trying to convince myself that a tad ‘violent’ hanky panky with your partner within it is OK.

For someone who has everything in life and still has the disposal income, the Alvarae La Baignoir Carbon Luxury Bathtub can be theirs for just $37,900. And oh, that’s excluding freight or any custom duty and/or local tax. As a boon, though, the LED color can be customized to your desire, or so I have heard. Now, who’s up for a bath of luxury? 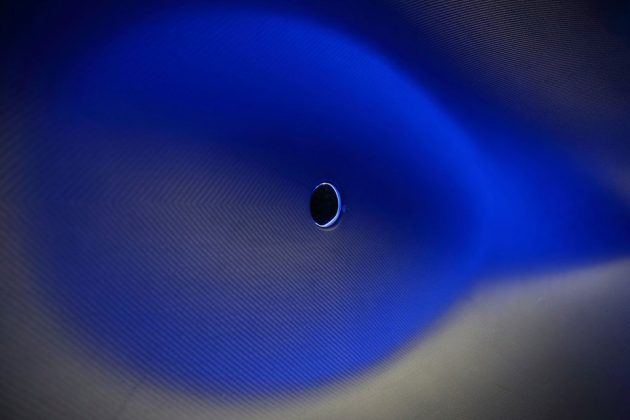