If you really think about it. Transformers’ Optimus Prime is kind of lame. I mean, he is the leader of the Autobot, but look at him. He is only but a prime mover, AKA semi, which is hardly intimidating, really. A Filipino-American artist, Don Figueroa, probably thought the same when he reimagined Optimus Prime into a Rolling Thunder Optimus Prime for a Transformers/G.I. Joe crossover comic. Not only Don’s Prime won’t be so lame, it will now strike fear in his enemies both as a robot and as a vehicle. Man, look at those weapon system! Who needs to throw punches anymore? 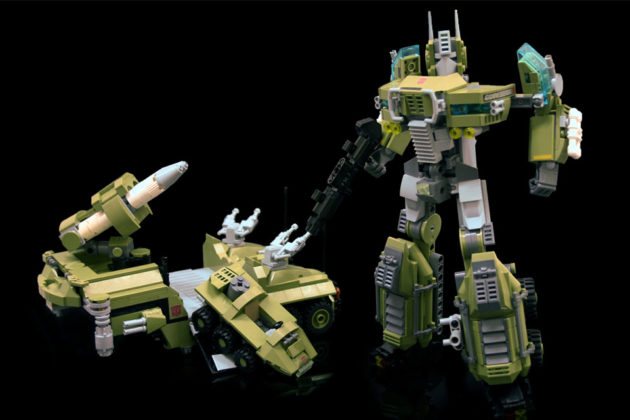 Anywho, apparently, the comic did not realize to the dismay of some, but that does not stop LEGO enthusiast and extraordinaire Alex Jones, AKA Orion Pax, from turning Don’s concept drawing of the Rolling Thunder Optimus Prime into a custom LEGO version. Yes. Someone actually did that! And the result pretty much speaks for themselves. Alex’s work of art distinctively unique is, his Custom LEGO Transforming Rolling Thunder Optimus Prime can transform from robot mode, loaded with rolling weapon system and all, to vehicle mode (AKA Supreme Tactical Commander Grand Patriot) and vice versa. That by itself is a pretty impressive achievement.

And the look of the Rolling Thunder Optimus Prime in cold, hard plastic bricks? It is just golden. I am not going to lie. I think I going to need the Custom LEGO Transforming Rolling Thunder Optimus Prime in my life. Unfortunately, we probably won’t be seeing an official set of this awesome MOC. The other toy bricks company have already secured the right to Hasbro’s Transformers apparently. 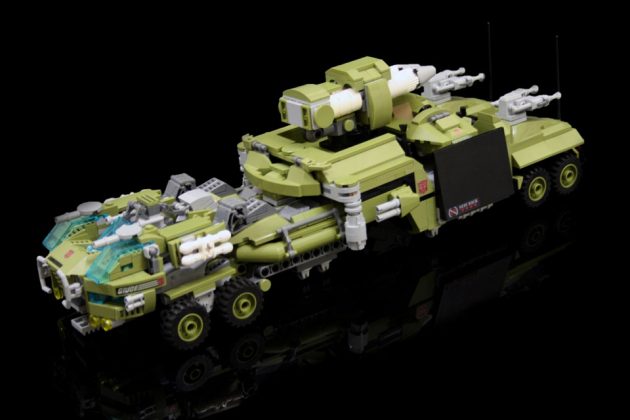 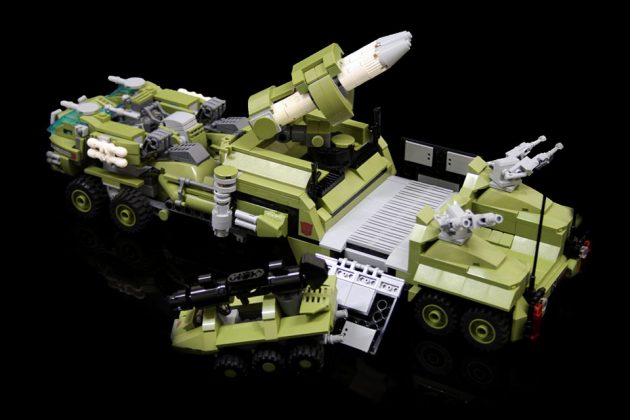 via The Brothers Brick.