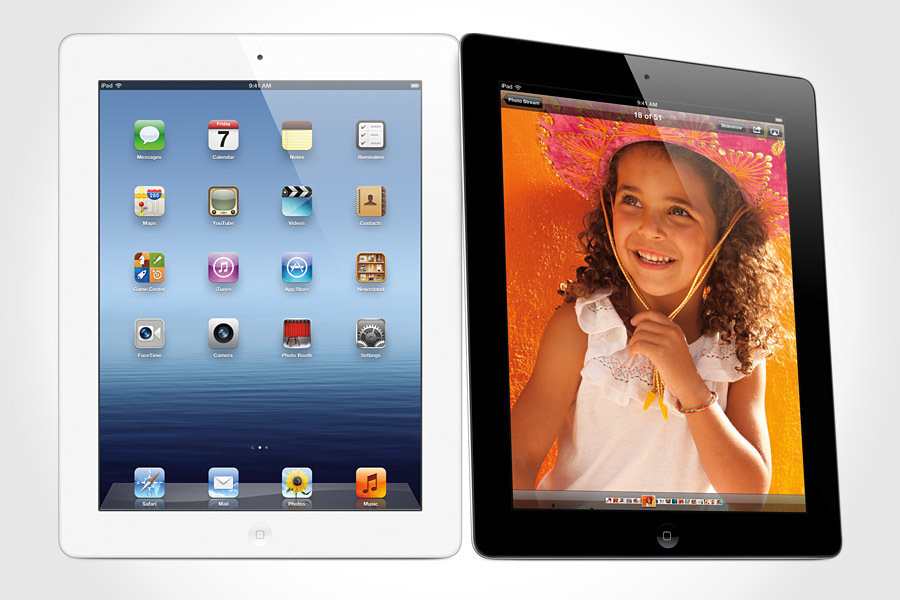 after the endless rumors and anticipation, the third generation iPad has finally break its cover and instead of branding it as iPad 3 or even the rumor favorite iPad HD, it is now simply known as iPad – a system that has been used by Apple all this while. so what can we expect from the newest pad in town? first off, do expect an eye-watering high resolution Retina display with an incredible 2048 by 1536 pixels that is said to have 44 percent greater color saturation, and a mind-blowing 3.1 million pixels. aesthetically, it remains largely the same as its predecessor but the new iPad is now 0.6mm thicker and is 51 grams heavier. also new is the Apple-designed A5X processor, which includes a quad-core graphics module. on the imaging department, the rear-facing camera gets upgraded to a 5.0-megapixel item (now, known as iSight) with side-illuminated sensor, an f/2.4 aperture, a five-element lens, and hybrid infrared filter. the front-facing FaceTime camera remains as a VGA item. other features include Full HD 1080p video recording (up to 30 fps), video stabilization, temporal noise reduction, WiFi (b/g/n) and Bluetooth 4.0 connectivity, and 4G LTE capable. despite its improved performance in both its processing and graphic aspects, the new iPad still offers up to 10 hours of usage. the new iPad will be available from March 16 in several countries, including US, Canada, UK, France, Germany, Switzerland, Japan, Hong Kong, Singapore and Australia. like its predecessor, the new iPad is available in 16GB, 32GB and 64GB capacities for both the WiFi-only and WiFi + 4G model. prices start from $499 for the 16GB WiFi-only model and runs up to $829 for the 64GB WiFi + 4G model. check out some larger eye-teasing views after the break.