It looks like China is a rapidly growing market that not only offers the world affordable alternatives to a myriad of consumers product, but it is now actively vying for a piece of the military hardware pie too. The unmanned attack helicopter, the AV500W, you see here from state-owned Aviation Industry Corp of China (AVIC) is one such military hardware aimed at the global market. The AV500W was recently unveiled at the fourth China Helicopter Expo at Tianjin where over 400 helicopter manufacturers and vendors from 22 nations and regions participated. 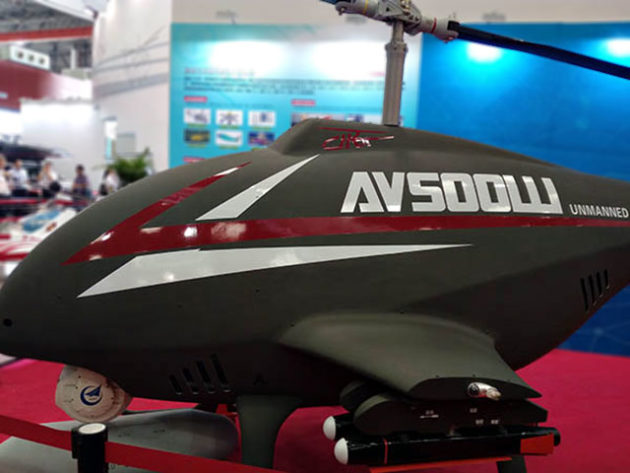 Unlike many eager military hardware manufacturers who are mostly forthcoming in demonstrations of the their hardware’s prowess, the AV500W did not make a demo run. Unfortunately, it only make its appearance as static display, which is hardly a good way to sell a product. Notwithstanding this, AVIC is confident that the company’s unmanned attack helicopter is well capable of taking on today’s growing threat of terrorism and insurgent. So, yeah, this flying contraption here is marketed as counterterrorism hardware that supposedly comes with affordable price tag. 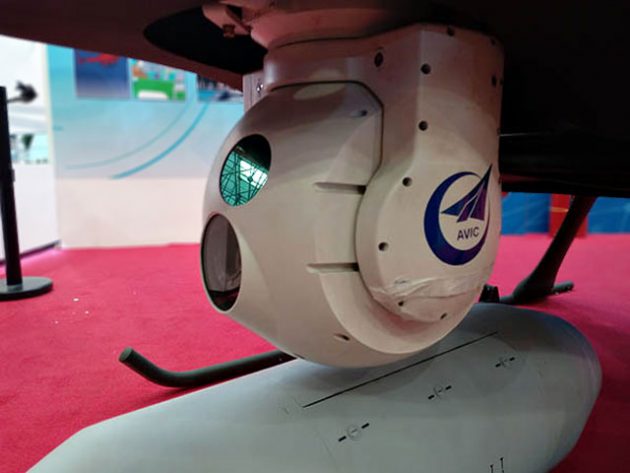 An unmanned attack helicopter is quite an unusual move on AVIC part, considering that makers around the world are not devoting as much effort in unmanned system of this nature, opting to go for longer range, faster and obviously, more deadly drone technology. Then again, AVIC won’t be left out on that area either; they also have a Predator lookalike long range attack drone too – in case that interest you too. I am really keen to find out more about this rather elusive China-made unmanned attack helicopter. 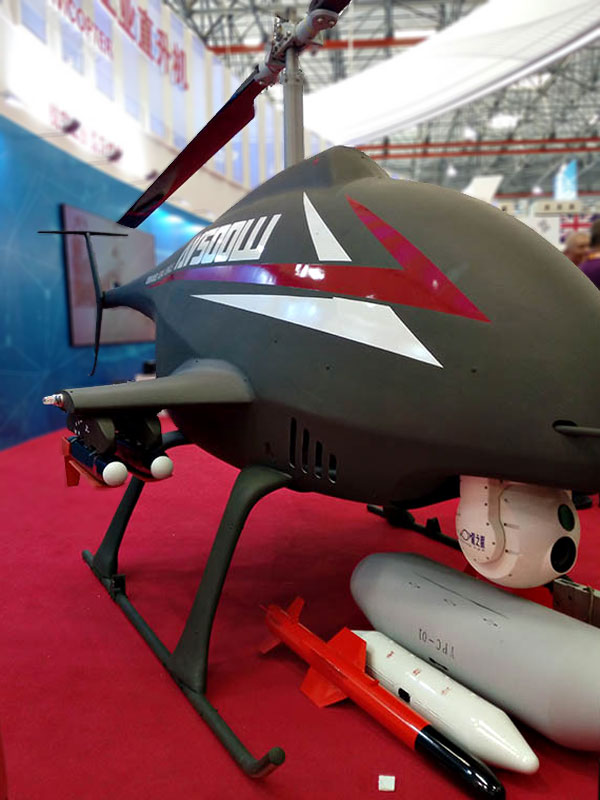 Unfortunately, there aren’t a lot of information to go with, or at least, there aren’t more updated information. Most news we found were dated last year when there was a previous iteration on show. Anywho, this China pride-and-joy stretches a lengthy 7.2 meters (about 24 feet) and reportedly has a maximum take-off weight of 450 kilograms (992 lbs), which presumably, includes 120 kilograms (265 lbs) of an assortment of arsenals, including air-to-ground missiles and bombs.

Basic performance stats, such as speed and maximum flight ceiling comes in at a 170 km/h (106 mph) and (13,123 feet), respectively. From the company’s official website, we read that most of the reported tests where done last year in 2016, however, one of the aircraft’s chief designer, Taiyu Jiang, said that “maiden flight test” was pulled off in as recent as August where it successfully fired off its weapons. Jiang added that if all goes as planned, the AV500W may be ready for mass production as soon as 2018.