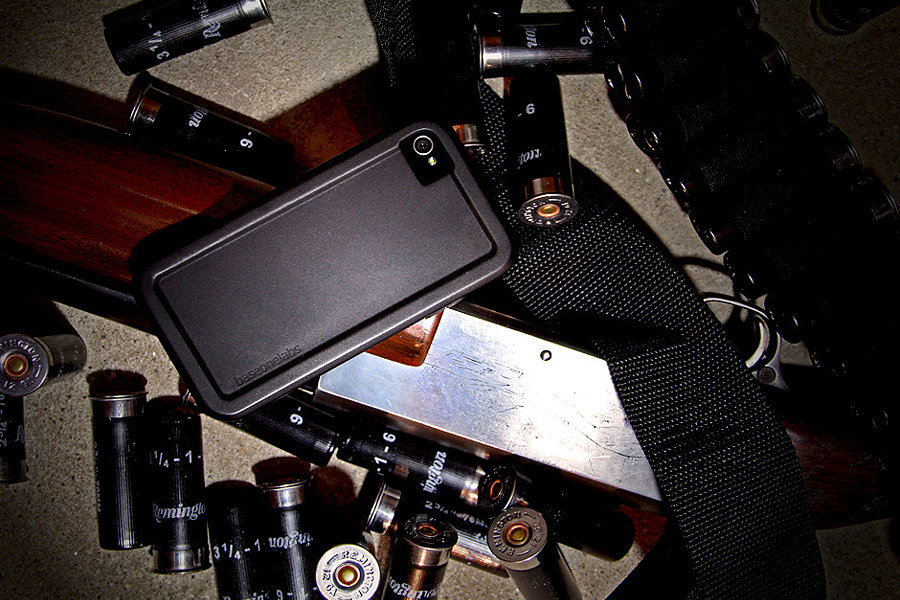 at some point, our iPhones are put through the same ordeal equivalent to the recoil effect of a firing shotgun. shotguns have recoil pads built into them, thus saving gunners from aching bruises and the GUNNERCASE here takes its design cues from such awesome shock-absorbing technology, and implemented them into this gorgeous iPhone case. lined within the sidewalls of the GUNNERCASE are air cells that collapse on impact, thus absorbing the impacts and minimizing damage to your iPhone, while still keeping the case thin (13.9mm, to be exact). crafted out of a special TPU material, the GUNNERCASE has the feel of a rigid case but absorbs impact like a soft rubber case and it won’t attract those nasty lints, thanks to its anti-lint property. for $39.90, you will score yourself a GUNNERCASE plus a screen protector kit and micro cleaning cloth. expect shipment to from March 30th onwards.