Well, it looks like Black Panther influence has gone beyond box office. Muslims in Singapore prepping for Eid al-Fitr, or Hari Raya Puasa as it is called in Malaysia and Singapore, have been snapping up Black Panther-inspired Baju Melayu outfits. For the uninitiated, Baju Melayu is a traditional cultural clothing typically worn on Hari Raya and as it turns out King T’Challa’s outfit as seen in the Marvel blockbuster movie happens to look the part of the traditional Baju Melayu.

Apparently, one Madam Malika Abdul Rawoof of Al Ain Fashion has been selling replicas of the regal embroidered black/purple robe wore by the King of Wakanda. The story goes that an image of this T’Challa Baju Melayu went viral and subsequently, it became the bestseller at Madam Malika’s fashion boutique located at Tekka Centre. The replica was created by Madam Malika herself and costs between 170-480 Singapore dollars (works out to be around US$127-360).

Following the new-found attention, Madam Malika took to a temporary stall at a bazaar setup to celebrate this religious occasion and from there, this T’Challa-inspired outfit continued to be in demand, but this time, it was a different design. One that isn’t replicated by her. The design found on the bazaar was a more affordable version costing S$69 (about US$52) for complete set.

Unlike the royal regal version, this budget version comes in a variety of sizes and colors, suitable for young children to grown-ass men. The sole proprietor said she ordered no less than 4,000 sets, but by last week, she was left with just 500. The outfits, which are made from a mix of Thai silk and cotton, are imported from Mumbai, India. For ladies, there is a $120 replica of the sleeveless white dress worn by Princess Shuri, T’Challa’s sister, too. So, it kind of Black Panther for everyone.

NOW READ  Intentional Fashion Glitch: Jeans Crafted To Look Like The Wearer Is In A Glitchy Video 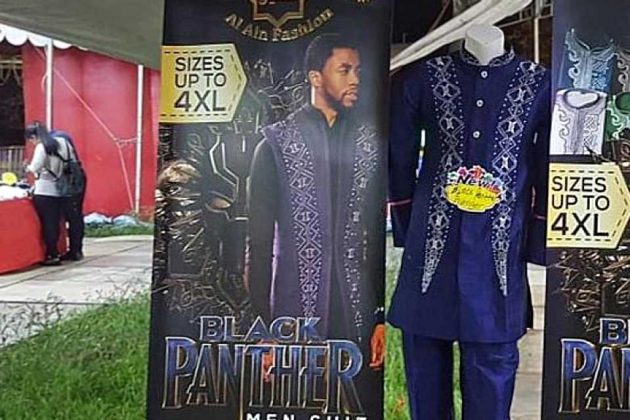 Madam Malika’s raise to fame, so to speak, for selling the Black Panther-inspired Baju Melayu is no coincidence. She has been on a look out for such novel outfits. Previously, she was pulling in quite some sales last year prior to the Indian’s religious day, Deepavali, when she sold replica outfits from the Telugu film franchise Baahubali. She added, she will continue to be on a look out for new films for inspiration and coming up with new designs, but that will come after she take a breather. Perhaps, she already thinking about Chadwick Boseman’s outfit in Black Panther 2? 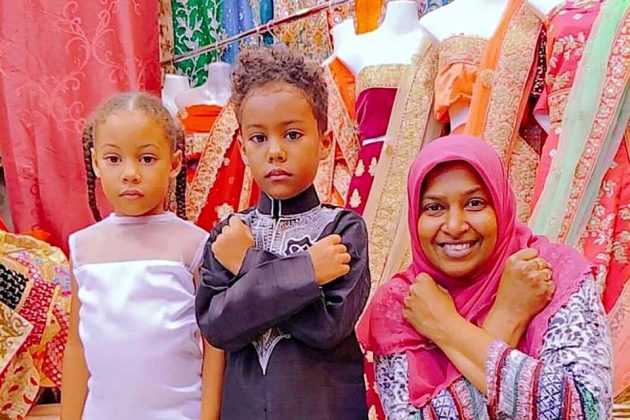