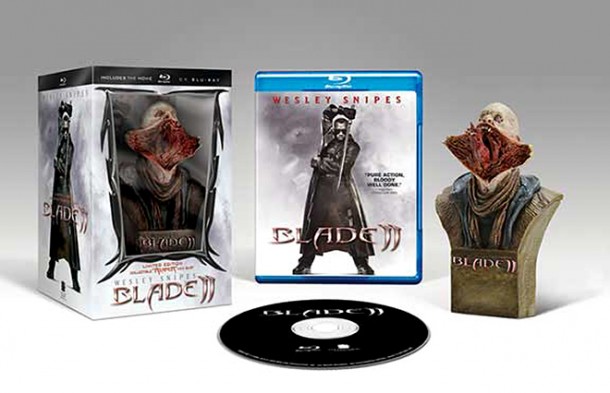 love vampire flicks? then you probably would remember Blade and it’s sequel, Blade II. the latter movie proves to be a little more interesting as it is more like a showdown between the good vampires and the evil reaper vampires, a mutated form of vamp that not only feast on humans but also their own kind. it has been 10 years since the release of Blade’s second installment and Gentle Giant is giving you a chance to own a copy of this movie on Blu-ray with this San Diego Comic Convention exclusive which includes a handcrafted, limited edition Reaper mini bust created by the master artisans at Gentle Giant Ltd. only 500 copies are available, costing $99 each. for the uninitiated, the film is based on a fictional Marvel Comics character Blade, a vampire-slaying half-vampire, half-mortal superhero played by Wesley Snipe (you remember him, don’t you?) and directed by Guillermo Del Toro of Pan’s Labyrinth and Hellboy fame. if you are planning to be at the Comic-Con this year, you can get your limited edition Blu-ray copy signed by the Guillermo himself on the July 13th between 1pm and 2.30pm at the Gentle Giant Booth.