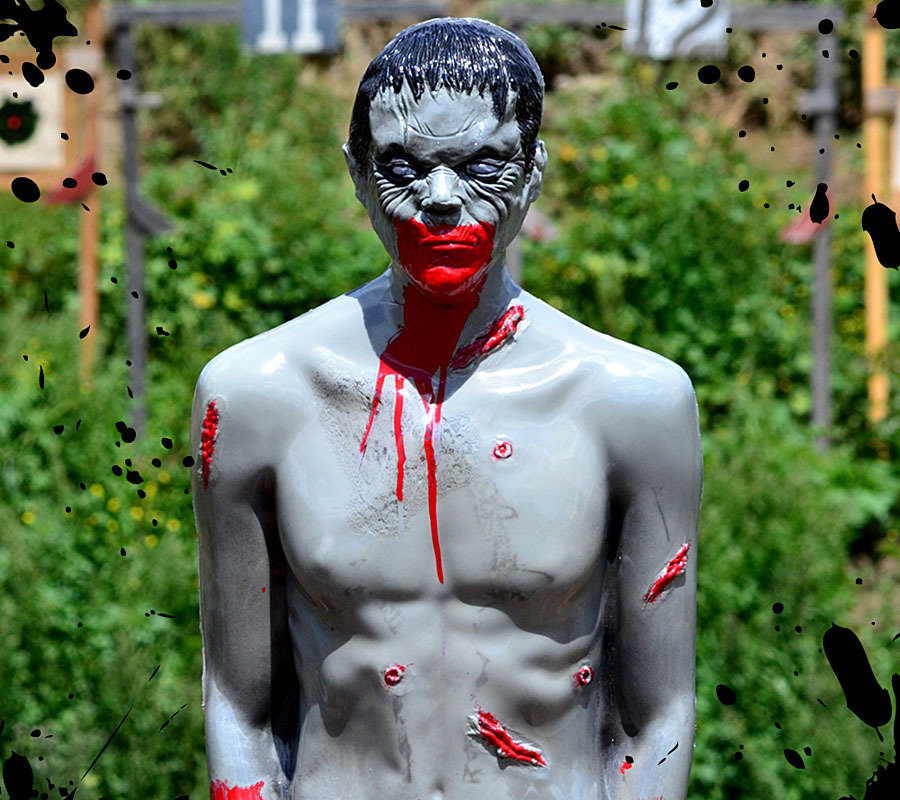 if you truly believe that the apocalypse is imminent, then you’d be preparing yourself because D-day will land this year. besides spending a fortune in prepping yourself with anti-nuclear bunker, stockpile of ration, communication equipment and weapons, you should not forget to hone your shooting and maiming skills as well. this is where the Bleeding Zombie Targets from Zombie Industries (yeap, such company do exist) will come in handy. these zombie targets are life-sized mannequins that are modeled after the undead and will “bleed” when shot at. each zombie is made in the U.S.A. by non-infected workers and is painstakingly hand-painted with grisly look, including the mandatory bloodied mouth, giving you that realistic look to either instill the fear in your or bring out the zombie-busting maniac in you. what’s more, each of this undead target is stuffed with biodegradable matter, which makes it easier to clean up and also to keep your green-conscious guilt-free. the Bleeding Zombie Targets are available in several models, including a few boy-next-door characters like Chris, Leo, and Rocky and a more gruesome band that includes Terrorist, Nazi (soldier), North Korean Soldier, and a scantily-clad lady known as “The Ex”. presumably, the latter refers to someone’s ex-girlfriend or sort. the Bleeding Zombie Targets are available with a starting price of $89.95. for the less adventurous or the faint-of-heart, there are always the less nightmarish outbreak skeet holding targets and the paper zombie targets to get you warmed up. a short video depicts the process of undead Chris being gunned by an AR-15 rifle. warning: mild but necessary violence.