BLU Products, the purveyor of contract-free, super affordable Android smartphone is at it again. it has announced not one, but two smartphones in North America today. the two devices, the BLU STUDIO 5.0 II and the Advance 4.0 are designed to support multiple bands, ensuring it will work with all GSM and 4G HSPA+ networks. the $89 Advance 4.0 is an unlock handset featuring a 4.0″ WVGA touch display and one that is powered by a modest 1.3GHz dual-core processor from MediaTek, backed by 512MB of system RAM. its 4.0″ display though offering just 800 x 480 pixels, it still packs a good 233 ppi and bolstered by Mali 400 GPU, which should yield some pretty images. other details include 3G radios with HSPA+ support, 4GB internal flash storage, expandable up to 32GB via microSD, a 1600 mAh lithium-ion battery, built-in FM radio, a 5MP LED flash-equipped main camera, a VGA front-facing item, HD 720p video recording at 30 fps, plus the usual servings of connectivity and sensors.

the larger STUDIO 5.0 II on the other hand, is merely an identically spec-ed device, differing in display and power departments (it has a tad larger battery of 2000 mAh). it also does without dual SIM (yes. the Advance 4.0 is a dual SIM handset) and has a microSD card slot that supports up to 64GB instead of 32GB. while the 5″ display’s 480 x 854 resolution IPS touch display (and other specs) are hardly anything to shout about, it has a super affordable sticker, at just $139 to be specific, that makes owning a 5-inch smartphone a reality for budget-conscious consumers. both device runs on Android 4.2 Jelly Bean and will receive future software updates over-the-air. and as always, the OS is of an “untainted” version of the Android, which is a good news for Android purists who don’t want to splurge on pricer Google Play Edition or Nexus devices. larger view of the BLU Advance 4.0 smartphone after the break. 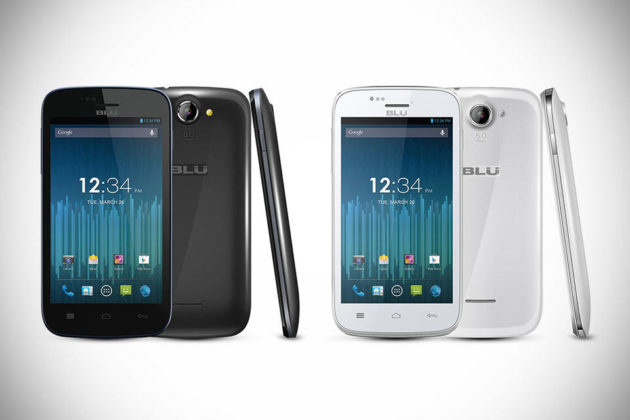