If you have wondering how will the next Z4 looks like, well, wonder no more because BMW has, at this Concours d’Elegance at Pebble Beach, unveiled what-could-be-the-next Z4 looks like which it aptly christened BMW Concept Z4. Not surprisingly, BMW has retained the unmistakable distinct wedge-shaped silhouette of the Z4, including a lithe and compact proportions that sports an outstretched hood and a very, very compact rear, along with a low-slung form with a long wheelbase to boot. In other words, it embodies the elements classic roadster design. 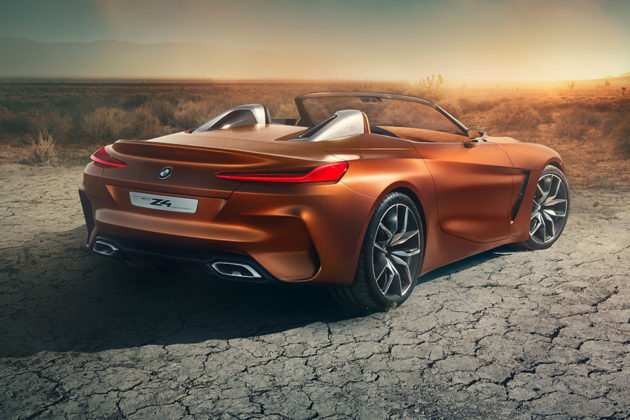 While it does have a stretched front end, it is, however, shorter over then its predecessors, thus allowing the driver to be closer to the center of the car. The result, according to BMW, gives “the new proportions a focused, sporty and agile feel.” Also new are the double humps that extend outwards on the compact rear end and serving as this compact exotic ride’s rollover bars. And then there’s the sculpted side between the muscular wheel arches on each side of the vehicle. What goes under the hood is a mystery at the present moment. For now, it is all about the design. 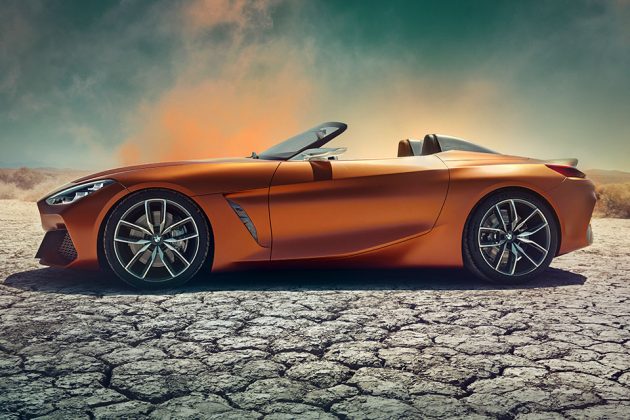 Speaking of design, BMW says this is not it though. The BMW Concept Z4 is a design study that offers a peek into the future series-production version of the car which will be unveiled “over the course of next year.” This means, things may change over the course of a year. So, lets just put your credit card away for now. In the somewhat lengthy press release, you can find more details – mostly of marketing mambo jambo, really – but if you are super keen, you read all about it HERE. But if you are looking for more specifications, then we’d suggest you give it a pass and admire some beautiful images of the BMW Concept Z4 posted along with this article instead. 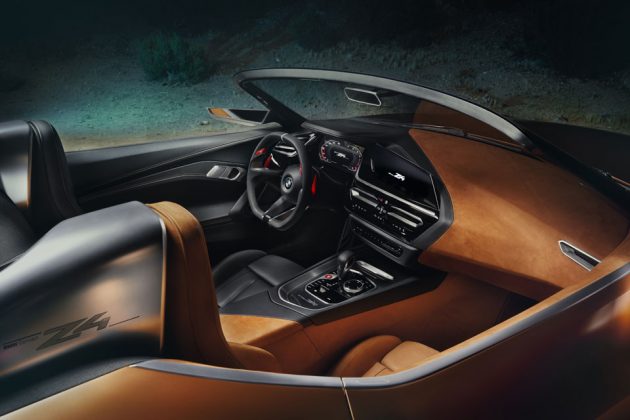 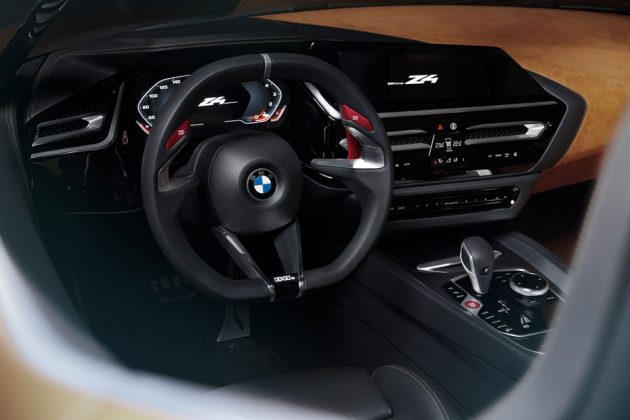 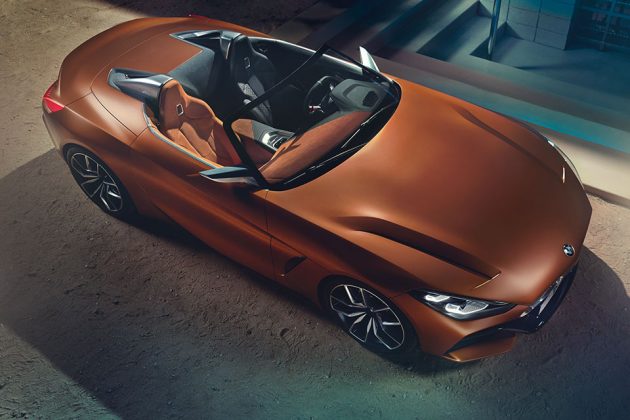 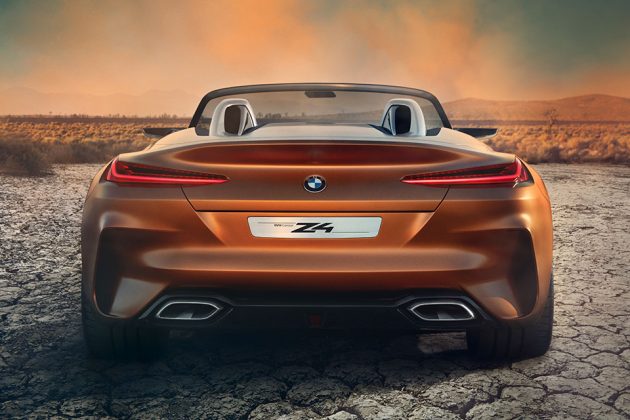 All images courtesy of BMW Group.