An image showing Australian racing legend Troy Corser and Herbert Schwab riding on a BMW R 57 Kompressor to an overall win at the Barry Sheen Memorial Trophy at Goodwood Revival. The first race on that Saturday saw the duo coming in at third place after a false start, but on the second race on Sunday, Corser and Schwab took the chequered flag.

With the two results combined, Corser and Schwab came out top in the overall placing and that was in addition to the two-time Superbike World Champion clocking the fastest lap of the entire weekend – the best lap time ever achieved on the Goodwood Circuit with a classic motorcycle. Well, that man sure still has a lot of grunt in him, doesn’t he?

The races for the Barry Sheen Memorial Trophy recall the “BMCRC 1000cc Scratch Race” in which Grand Prix bikes, slightly modified road motorcycles and specials vied for victory on “Motor Cycling Goodwood Saturday” in 1951. Keep going for a couple of images, taken on the said weekend, courtesy of BMW AG. Click on each image for larger view. 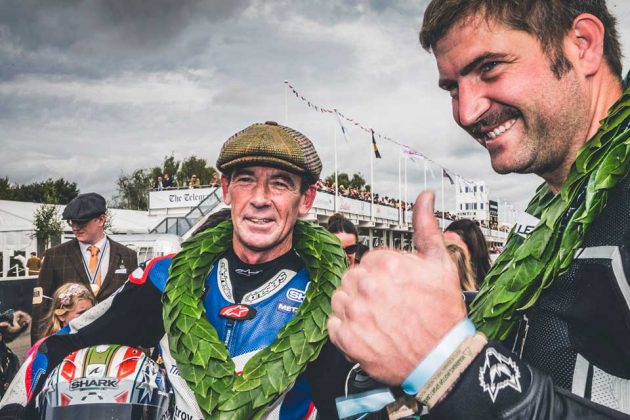 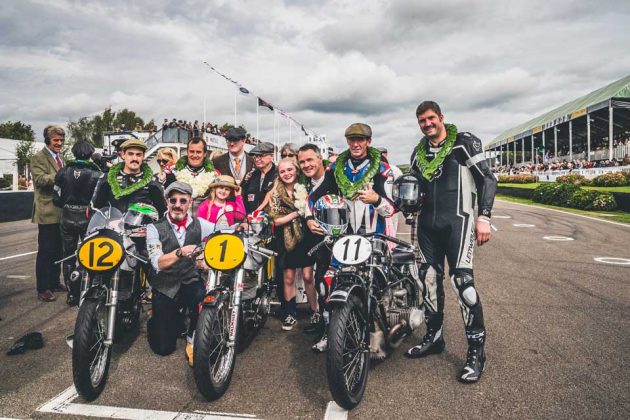 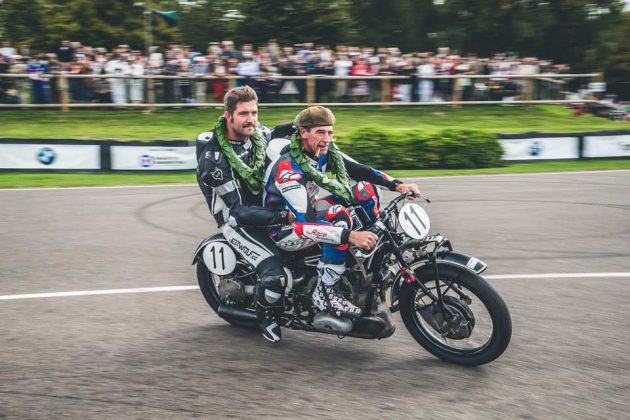