By now, electric skateboard is a commonplace and most electric skateboards function as they should, but if you look closer, they are also mostly single-wheel drive which anyone with basic electric know-how can cobble up one. However, the Blink Qu4tro Electric Skateboard you see here is not ‘most of them’ because, as the product name hints, it is ‘quattro’ which means, like Audi’s quattro, it is all-wheel drive. Yes. You heard that right. A four-wheel drive electric skateboard and that’s not something you see or read about everyday. 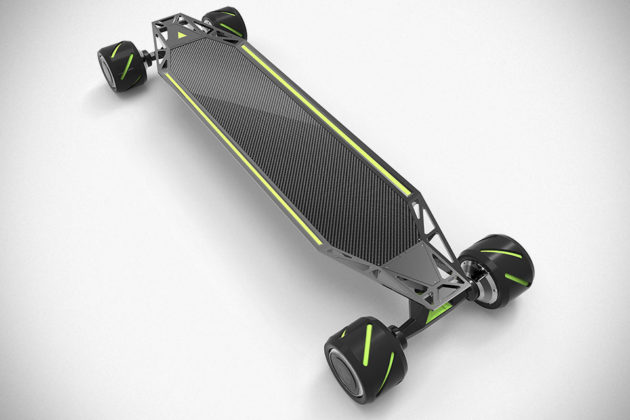 While single-wheel drive electric skateboard works, it won’t have the torque to tackle serious uphills, at least not if the you are talking about a pretty intimidating 30 percent incline rate which Blink Qu4tro’s quad hub motors can take on with ease. So San Francisco residents, particularly those in and around Lombard Street, will be glad that crazy inclinations won’t be your last mile stopping point. Speaking of last mile, Blink Qu4tro Electric Skateboard won’t be your last mile ride either; in fact, make it multiple last mile, or lets just say that you won’t have to stop at last mile at all – thanks to its awesome 22-mile (35 km) range offered by its onboard lithium-ion battery. 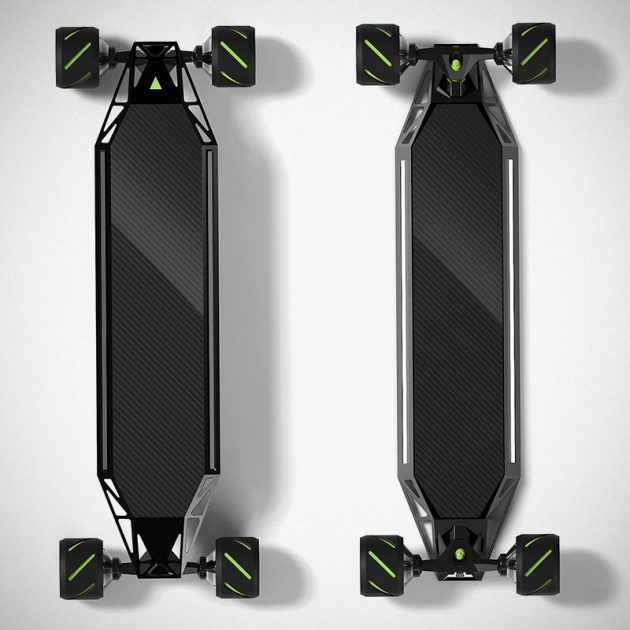 The four hub motors on Blink Qu4tro offers a total of 1,600W, capable of a top speed of 23 miles an hour (37 km/h) and like any good electric vehicles, it is equipped with regenerative braking too, so some of energy from the act of braking can be put to good use. Blink Qu4tro’s aircraft-grade aluminum chassis and carbon fiber deck offers both strength and rigidity while giving it the edge in the look department. Finally, the front and tail light, along with LED strip along the sides, continues to make the statement and also, ensure visibility to other road users when the sky turns dark. 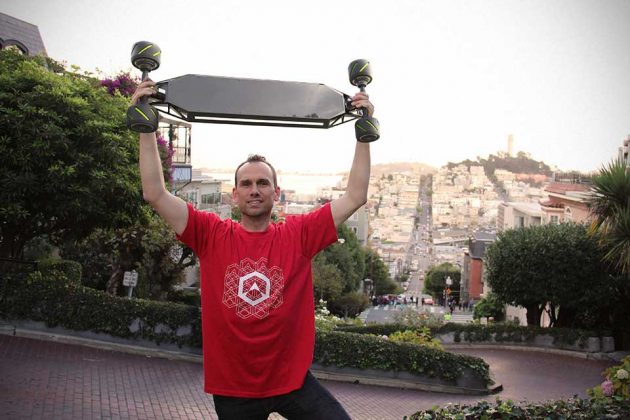 Blink Qu4tro Electric Skateboard comes with an ergonomically designed remote for control and it is also compatible with Acton app that lets you set the speed modes, check mileage and track routes. And yes, it is the Acton, the same company that brought you RocketSkates, the electric roller skates. If you are all up for an all-wheel drive electric skateboard, you can pre-order the Blink Qu4tro Electric Skateboard for $1,099-1,199 on Indiegogo.

The campaign is well over 600 percent funded and so, all you have to do is commit the money, and wait for it to arrive sometime in March 2017. But don’t procrastinate for too long cos’ the campaign ends in 16 days. However, if Blink Qu4tro is deemed far too pricey, there are two other less pricier options: a single-wheel drive, small-size Blink S going for $349-399 and a two-wheel drive, mid-size Blink S2 that cost $549-599. 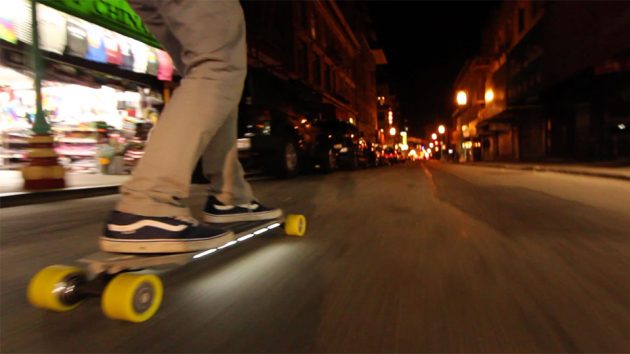 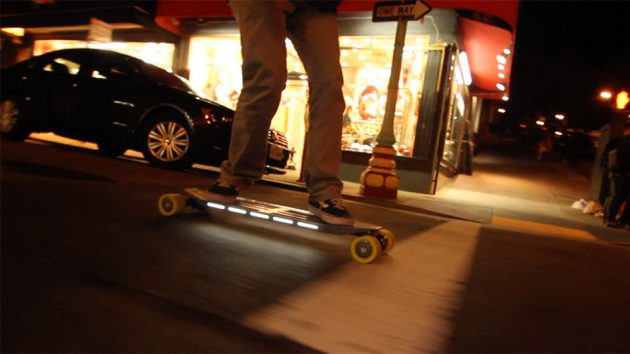 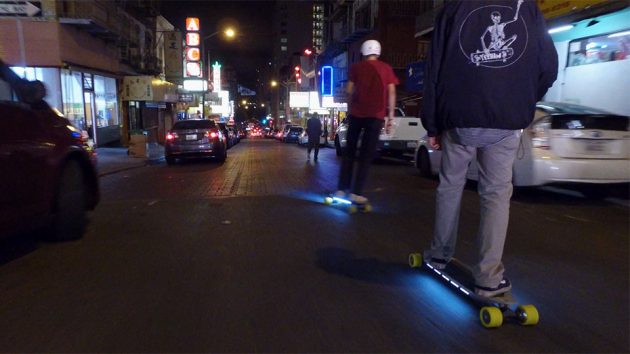