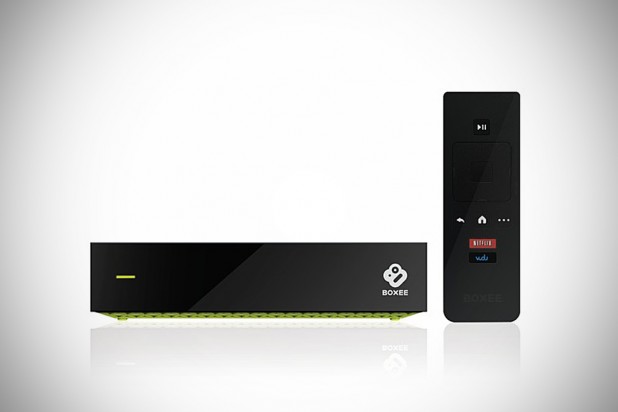 gone is the sinking cube and in comes a regular rectangular black box that says pretty much what it will do – a set-top DVR. the Boxee TV features a dual tuner that works with both unencrypted basic cable channels and over-the-air HD broadcasts. also packed inside this unassuming black box is a slick UI, preinstalled apps including Netflix, VUDU, Pandora, YouTube and Vimeo, and the star feature of this device: a digital video recorder (DVR) but the thing is, it has no internal storage or provision of USB for external storage, instead, recordings are stored in the cloud in a “No Limits” DVR and letting you access them on your TV or other devices such as computer, tablet, or smartphone via an HTML5 webapp. of course, that service would come with a small price of $15 per month, while the device itself cost $99. unfortunately, unlike the Boxee Box, the Boxee TV will only be available in the United States, starting off with a few states including New York City, Los Angeles, Chicago, Dallas, Houston, Atlanta, Philadelphia and Washington DC to see the DVR service this November, while the rest will have to wait till 2013 and even then, specifics were not given.