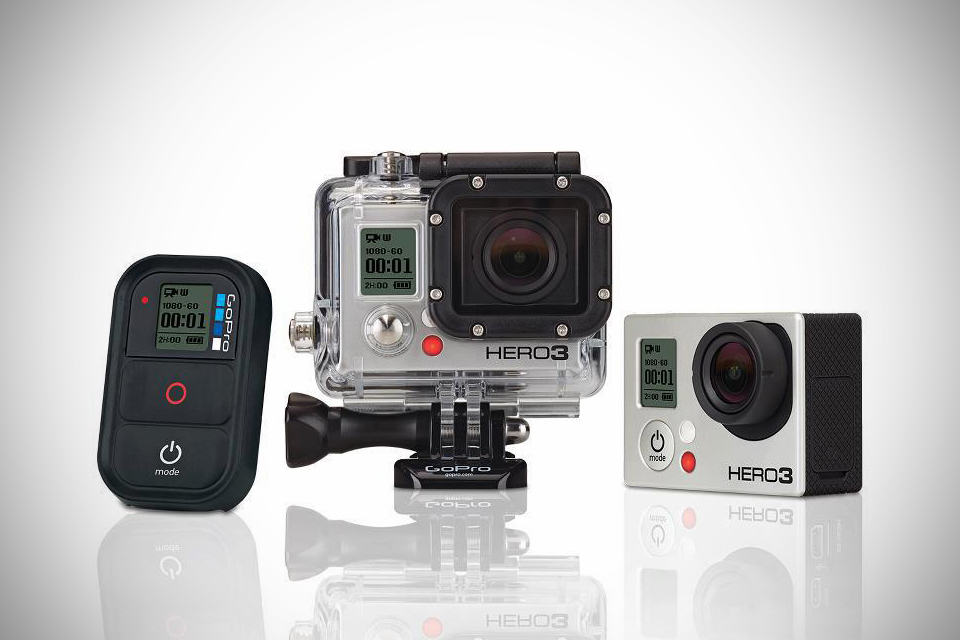 with the number of entrants into the action cam market, it is hard not for GoPro take a shot, in this case, three shots back and show the rest who is the boss. though the GoPro Hero 3 lineup consists of three models, the one that caught our eyes is the GoPro Hero 3 Black Edition. despite sporting a significantly smaller chassis, the Black Edition stands out with its 12.0-megapixel sensor that’s capable of capturing up to 4K resolution video at up to 15 frames per second, a new 2.7K video resolution at up to 30 fps, plus a 4:3 aspect ratio 1440p video at up to 48 fps (yes, it’s an odd resolution). back to earth, the Black Edition is still capable of the usual HD resolutions including 1080p at up to 60 fps, 720p at up 120 fps, plus a less common 960p at up to 48 fps and the basic WVGA (848×480) at 240 fps. other features include 2X faster image processor, ultra wide angle 6-element aspherical glass lens, stills at 12-,7-, and 5-megapixel resolutions, simultaneous photo and video capturing, 30 photos per second burst mode, micro SD card slot (supports up to 64GB), micro HDMI port, a lone port for optional accessories, a 1050mAh rechargeable lithium-ion pack, and built-in WiFi as standard. the GoPro Hero 3 Black Edition comes a waterproof rugged housing that’s rated up to 60 meter (197 feet) and it is also the only model that comes with a WiFi remote. needless to say, it will also work with smartphone and tablet running GoPro App. available for pre-order now with sticker of $399.99, with shipping expected to be from November 14, 2012. scroll down for a video of the GoPro Hero 3 in action.