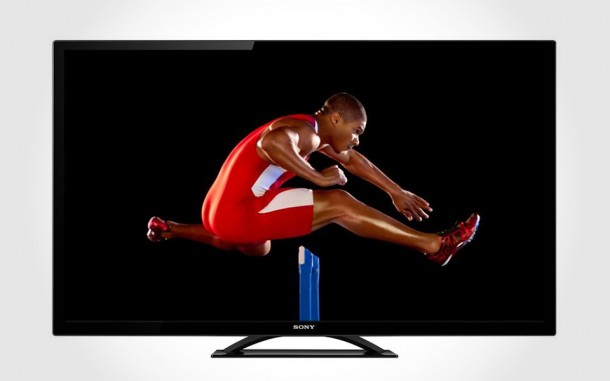 perhaps a 90-inch or even a wee smaller 70-inch LED TV is way overkill for most regular folks, so how about getting a more ‘normal’ 55-inch item that is still feature-rich? such as this Sony BRAVIA 55-inch 3D LED TV (KDL-55HX850)? as with Sony’s long running tradition, the HX850 has an impeccable design that Sony has been known for. though Sony did not explicitly called the HX850 ‘Smart’, it is not any less smarter than today’s Smart TVs. like most LED TV of today’s it offers you access to the world wide web through its built-in web browser, Skype to make contact with other beings in case you are too glued to your couch to be helped, access to entertainment apps such as Hulu, Netflix, Pandora et cetera, plus a suite of other entertainments with the Sony Entertainment Network. along with those, you will get cool features including some of Sony proprietary’s, such as X-Reality PRO Engine, Motionflow XR 960, full HD 1080p display, 2D and 3D capable, and Dynamic Edge LED backlit OptiContrast panel – all framed in a uber-sleek frameless chassis, shielded by a tough, durable Corning Gorilla Glass. other features include local dimming, built WiFi (thank goodness, we are so not fond of dongle!), and the ability to ‘throw’ media contents to this glorious big display from compatible devices, including Sony Tablet S, smartphone and computer. the Sony BRAVIA KDL-55HX850 55-inch 3D LED TV can be yours to own for $2,298.