We have seen a handful of airless tires for bicycles, but to date, it has not seen wide spread adoption. That’s kind of odd, because we can’t see why cyclists don’t want to go punctuate-free. Anywho, perhaps the answer is not as simple as going all rubber, or putting holes in solid rubber. Perhaps, more R&D has to be done to validate this still new tire technology? Speaking of validate, perhaps Japanese tire giant Bridgestone’s solution could be the answer? 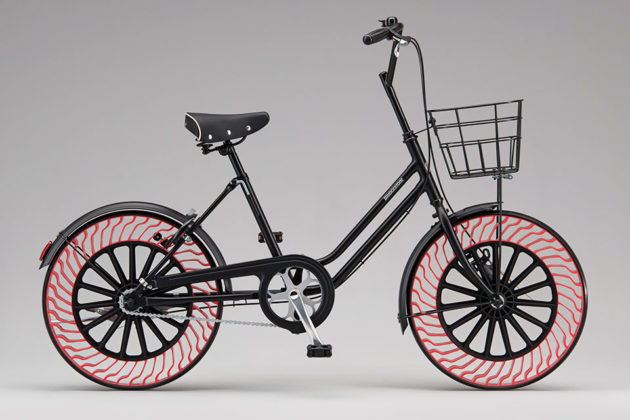 Having seen its airless tire implemented on military vehicles and ATVs, the tire manufacturer has gone on to transfer the technology to be used on bicycles. That’s right. That unorthodox-looking tires are making their way to bicycles, so companies like Britek, Ever Tires, Tannus Tire and the likes should watch out because, the thing on the ATV we love is vying for a piece of the airless tire cake. However, Bridgestone’s approach is different. 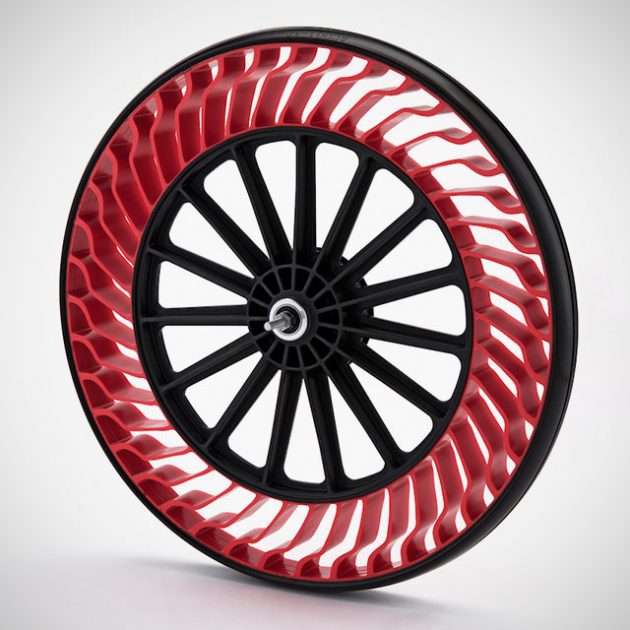 Unlike its competitions, Bridgestone aims to replace the entire wheel. Instead of solid rubber, or holes-ridden rubber tube, Bridgestone’s airless tire have spoke-like thermoplastic resin supports which serves as suspension of sort to absorb the blunts of bumps and that alone is enough to one up its competitions. These support thingy takes up half of the wheel, while the rest are the actual spoke. So, the tire is in fact, the entire wheel.

According to a report, this bicycle iteration is crafted entirely from recyclable materials, such of rubbers from used tires, and while it make look radical, this revolutionary tire is not a concept. The Japanese company has set its sight to make it a reality in 2019, “just in time for the Tokyo Olympics in 2020.” But why? I have no idea. The cyclists can’t possibly be using these tires, right?