Imagine this: a bunch of urbanites of the future venture into the outskirt of their high-tech concrete jungle and are greeted by what they expected to see in rural area: farming of crops, except that, instead of tractors with cabin where real person gets behind the wheel, the farming equipment are working autonomously. The scenario may reminisce of a scene from a sci-fi movie, but it is not too farfetched to think this could be future we are in for, especially when company like Case IH Agriculture is already working hard to realize this farm of the future. 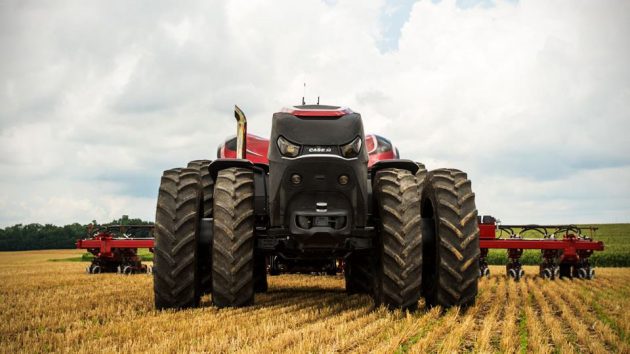 The company recently demonstrated an autonomous tractor concept at the 2016 Farm Progress Show in Boone, Iowa, that would take farming to the next level of high-tech and straight into the future. Based on an existing Case IH Magnum tractor, this self-driving farming machine does away with the usual human-centric cabin and adopted a contoured, super sleek profile that befits its high-tech inner workings. Leveraging on a variety of sensors, including radar, LiDAR and video cameras, the tractor can go about its preprogrammed route as you monitor and fine tuning the pathways as you see fit in the comfort of your office, or a tablet if you prefer not to be desk-bound. 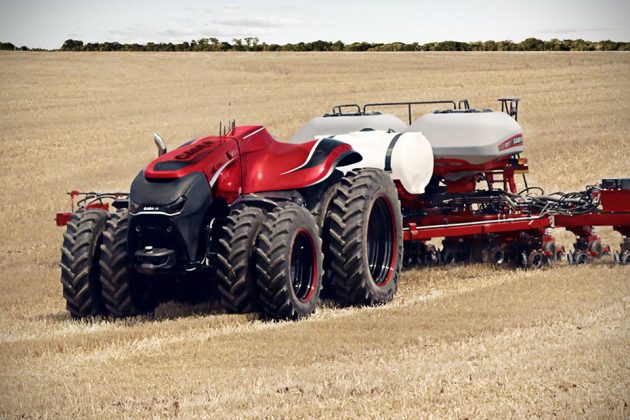 The vehicle is totally capable of sensing obstacle, even distinguishing if the obstacle is stationary or in motion. It can be programmed so that it will wait for the moving obstacle to clear its path before proceeding, or in some instances, stopping entirely and alerting you, via audio and visual alerts, so that you can reroute its path. In addition, the routine can be intervene by an operator when required, while safety features such as halting when it loses GPS signal or position data, or when the manual stop button is activated, ensure safe working of the machine, as well as safe guarding property, people and living things. There’s also in-built automatic weather warnings too which, presumably, will recall back the machine in the event of an imminent severe weather. 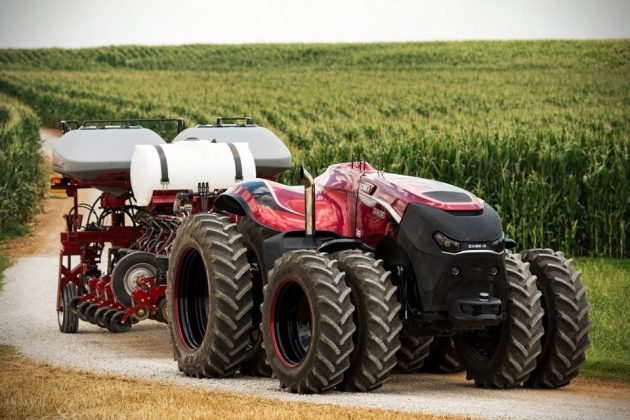 Case IH Autonomous Farming Tractor Concept heralds the future the of farming, however, it is not the first. Companies like Autonomous Tractor Corporation has been experimenting with this concept back in 2012 or earlier. Though, granted, ATC did not go all the way out in creating a true autonomous machine. Instead, the company chose to retrofit existing machine, turning them into self-working farm workhorses. In essence, they are about the same as Case IH also highlighted that Autonomous Farming Tractor, if realized, can also be fitted with a cabin to accommodate an operator. In any case, the future is upon us and the only question that remains is: are the farmers up for it?