You know how is it. You have activities, early start of the next day and you would do what every sane person would do: hit the sack early and leave your smartphone charging overnight, so you’d get a fully charged device first thing in the morning. It is a norm and I am personally guilty of doing so, but do you know, it is not wise to leave your smartphone charge overnight? Apparently, leaving your device plugged in at 80 percent or higher for too long a time will hurt the battery’s longevity in long run. Most would just ignore this fact and runs the risk of shortening the battery life, but really, you don’t have to because there is this thing called Charby Sense. 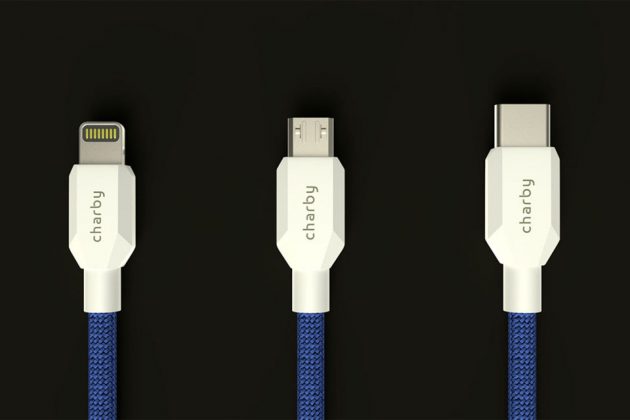 Charby Sense is a specially designed cable that lets you do your ritual of overnight charging without worrying about long term battery issues. Thanks to the built-in automatically cut-off function, it will cut power to your device once it detects that your smartphone’s battery is topped. In addition, at a press of a button, you can get it double your charging speed. A LED light lets you in on the charging status, as well as the current charging speed, you will always be in the know. This same LED light will also let you know if the power source you are using has enough power to juice your device. 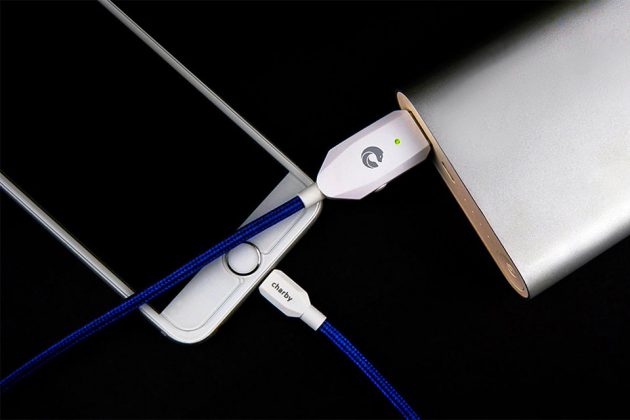 Furthermore a reversible USB plug takes the guess work out of which side to plug in, while a four-feet long (1.2 meter) cable gives you the freedom to charge and use at the same time without bound by the short cable length. Under the beautiful braided nylon branding skin, Charby Sense features a tangle-free cable design which high-grade copper cable within for seamless power and data transmission calls home and these delicate conductors are reinforced with Kevlar that makes the cable three times stronger than your typical cable. According to Charby, it is capable of withstanding over 15,000 bends at 180 degrees. If that’s true, it will be dream come true for a cable destroyer like me.

NOW READ  Scotsman Electric Scooter: It Is Like The Sports Car Of Electric Kickscooters 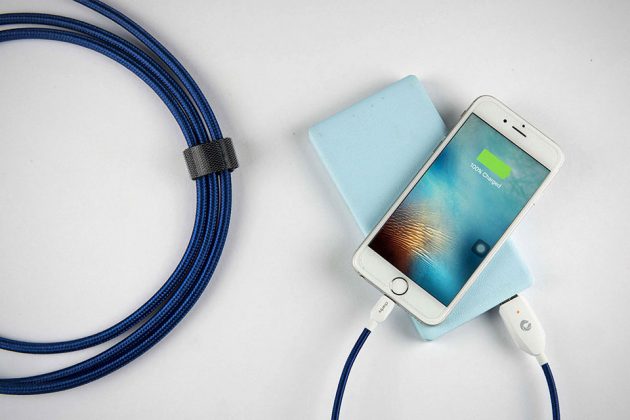 Claiming as the “world’s smartest auto cutoff cable,” Charby Sense is available via Indiegogo for as low as $19 and in a choice of micro USB, Apple Lightning, or USB Type C. The campaign is on fixed goal, but it is already 233 percent funded and so, it is a go. If all goes as planned, backers should be expecting the cable at their doorsteps sometime in February 2018. 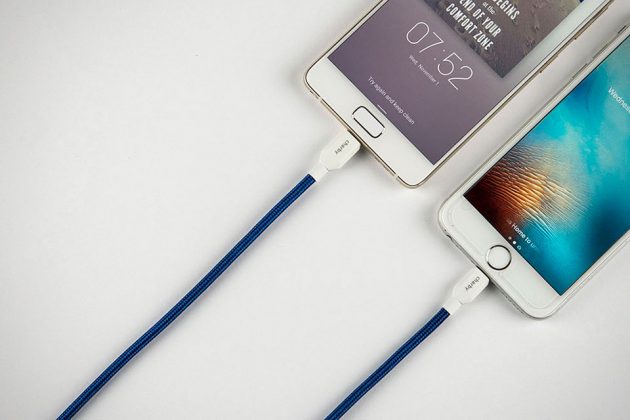 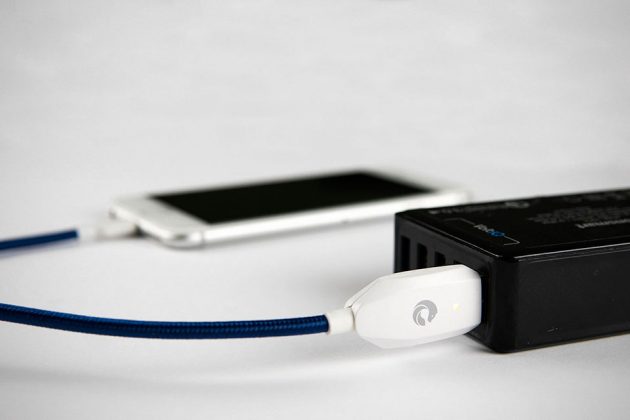