In Dan Brown’s Deception Point (Pocket Books, ISBN-13 978-1416524809), the author wrote about a breakthrough in biomimicry; a dragonfly-like microbot no longer than a centimeter that is primarily used for reconnaissance (or more unglamorously, spying) and recharges by nearby magnetic field. It is not hard to imagine how farfetched it sounded back in 2001, but given the technology we possessed today, farfetched it is not. In fact, it looks like Dan Brown’s words have come true. Eerily and freakishly, there’s a working microbot today that is not only a realization of Dan Brown’s fictional microbot, but it pretty much pushes the boundary biomimicry. 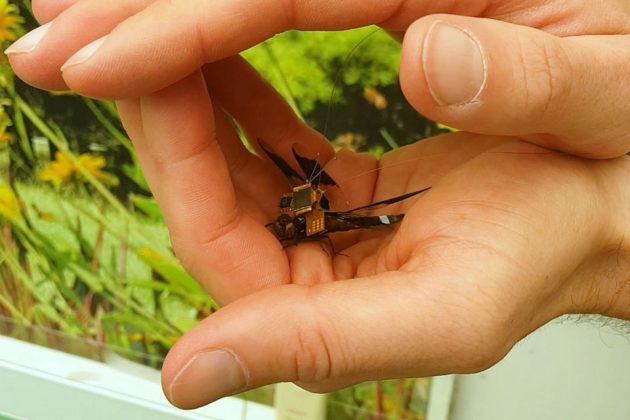 Wait, no. In fact, it does not even need to biomimic because DragonflEye here is living, breathing dragonfly – a cyborg dragonfly, to be precise. Developed by researchers at Draper and Howard Hughes Medical Institute (HHMI) at Janelia Research Campus, this live dragonfly wears with a ‘backpack’ which is rigged to the insect’s micro-size brain, thus allowing a human controller to manipulate the anisoptera. The backpack fitted with electronics, sensors and a solar cell to keep the backpack ticking. Using techniques in synthetic biology, researchers are able use flashes of light to affect the “steering” neurons of the insect and thus achieve control over it. 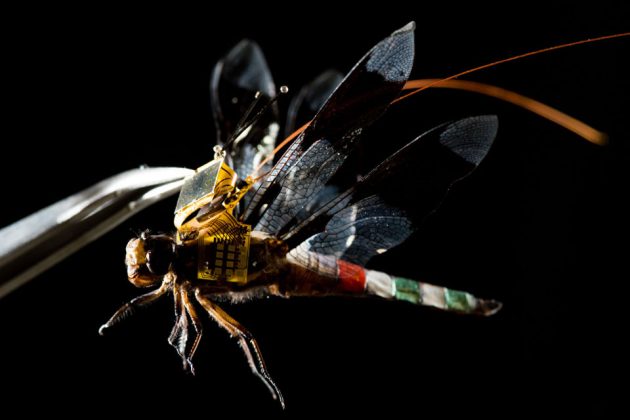 This involved several intricate and specialized technology in miniature proportions, such as introducing genes similar to those naturally found in the eye in order to make the “steering” neuron sensitive to light and also developing of a tiny, fiber optic-like optical structures called optrodes to pipe the light to the insect’s nerve cord to activate the “steering” neurons. While it may appeared that the team has created the tiniest drone in the world with potentially sinister applications (like military, for example), the technology developed is for a lot greater causes. 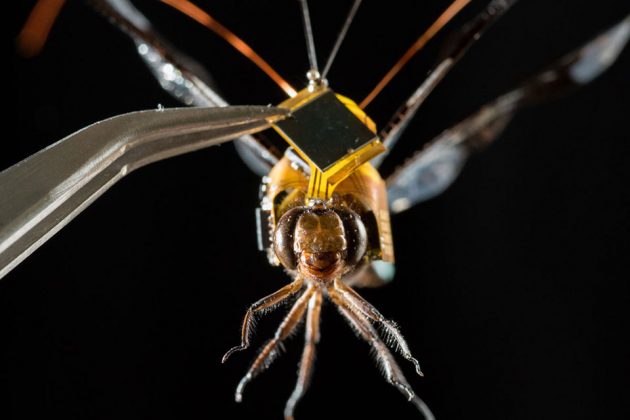 It could be the key to advance medical treatments for patients suffering from neuron conditions that inhibit their mobility and as a ‘drone’, the technology could be applied to other insects, such as honeybees, to assist with pollination, which has been in a decline in last 25 years due to the dwindling honeybees population. Draper said the “tiny guidance system could help stem the loss of pollinators by monitoring their flight patterns, migration and overall health.”

All those aside, I am pretty damn sure the military and spy agencies will be the organizations with the biggest interest for this “bio drone” than anyone else. Just saying…