If Darth Vader or any of the rebels were Chinese, they could be munching on some Star Wars Mooncakes come this September 15 when celebrating the annual mid-autumn festival. For the uninitiated, mid-autumn festival, which is sometimes called mooncake festival, are celebrated by several countries in Asia and South East Asia, and it usually involves worshipping deities, admiring the glorious, round moon, carrying lanterns, and consuming mooncakes, a type of traditional Chinese pastry that packs with a variety of fillings ranging from red bean to custard to lotus seed paste. They are probably hundreds of varieties out there today and top of the thin crust usually features emboss traditional Chinese characters, accompanied by intricate patterns. 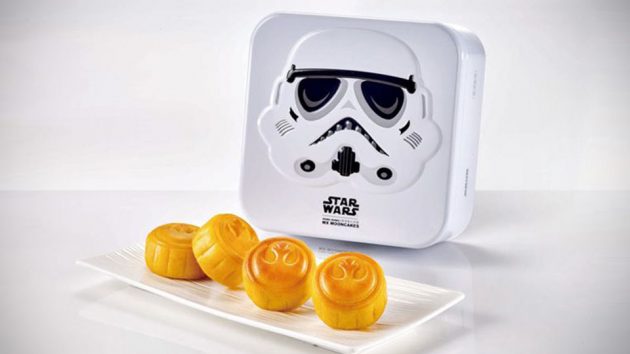 But in the case of the Star Wars Mooncakes, they are made from less traditional ingredients and also, instead of the usual Chinese characters on the crust, these officially licensed edible merchandise has the Galactic Empire and Rebel Alliance emblem embossed on them. Two flavors are offered: Lava Chocolate Mooncake (Darth Vader), which is baked using premium French Cacao Barry and packs rich chocolate lava, and Egg Custard Mooncake (Stormtrooper), which is made with premium butter from France and light cream. The mooncakes are packed in a set of four, with each set getting its own packaging box featuring Darth Vader or Stormtrooper face embossed on the lid. Each box will also gets its own coordinated paper bag too.

We are not sure how much these mooncakes cost in HK. However, we do know it cost $106 Malaysian Ringgit (around US$26) in Malaysia and $58 SGD (approximately US$42) for a 8-piece set in Singapore where HK MX has distributors/branches in. 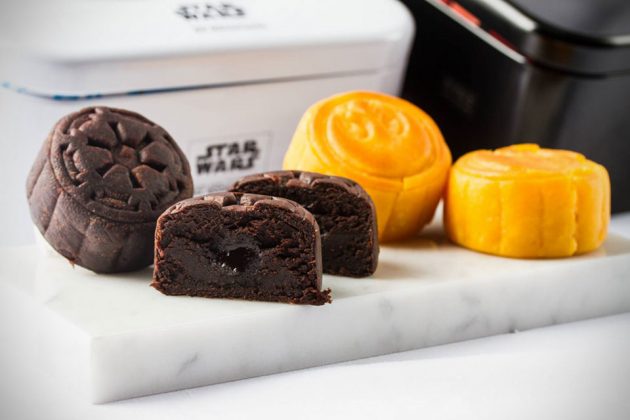 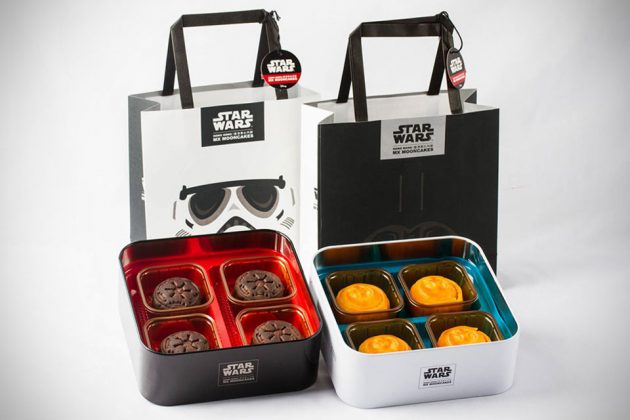 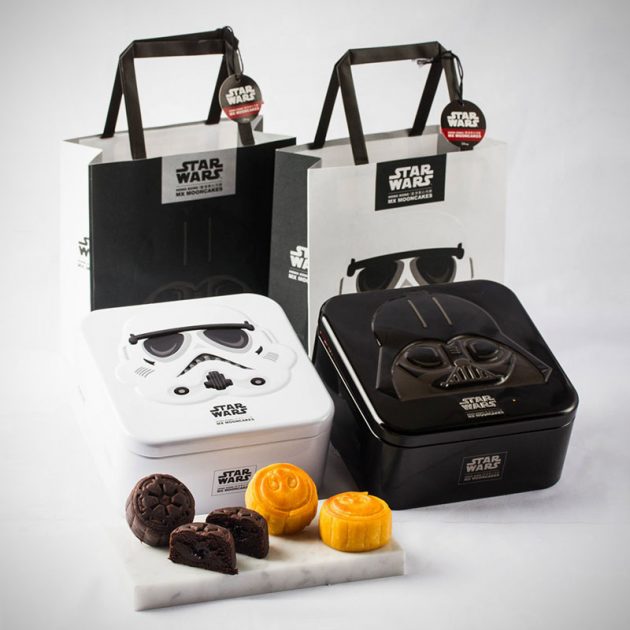