you know what’s so awesome about minimalist wallets? for starter, they are inexpensive to get, which means you could easily own more than one, and being minimal, means you have lesser things in them and therefore, allows you to switch from one to another based on the occasion or your mood. on that note, we would like to introduce you to yet another, but no less handsome, example: The Clean-Cut Wallet. crafted from genuine vegetable tanned European soft cowhide and 100 percent made in the U.S.A, The Clean-Cut Wallet is uber slim by default, but an elastic gusset affords expansion, which allows it to securely hold anything from two cards to seven cards to five cards with some cash. the wallet is tad larger than a credit card and features a convenient tab at the top of the wallet for easy access to it when it’s “riding shotgun in your front pockets.” and at this size, it can even slip into the often forgotten fifth pocket of your jeans (you know that tiny little one that’s designed for coins?), so you will never have to sit on your wallet ever again.

The Clean-Cut Wallet’s creator, Troy Christiansen has opted for a no-frill rectangle form, which works to cut waste and minimize cost, thereby allowing you to score one such handsome example for as low as $12 for the first 500 early adopters, after which, if it runs out, it would cost $15, which is still a very affordable price point, nonetheless. targeted delivery is set in April 2014, but if you can’t wait to get your hands on one, there is a limited 40-piece run available for delivery in January 2014 which cost $14 a pop. check out the campaign pitch video after the break to learn more and when you are ready, hit up The Clean-Cut Wallet’s Kickstarter page, back it up and help make this wallet a reality. 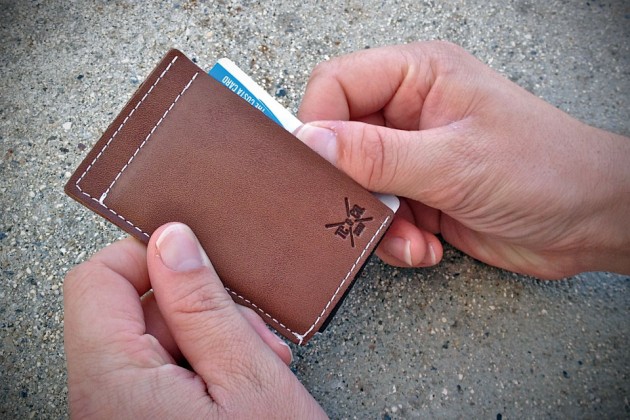