the Avegant Glyph Head Mounted Display you see here is what it says it is, a head mounted display, though it does look a wee like a pair of headphones. well, you can’t blame it for looking so much like a pair of audio cans, after all, this head mounted display also touts “premium audio experience” (hence the earcups). the display is an Avegant-developed Virtual Retinal Display and is located on the “headband” that flips down to the front for video viewing. so, that thing there can’t really be called a headband as it does has no part in holding the device to your head (it is referred to as “display band”, btw). anyway, the highlight here is obviously the optical engine, the Virtual Retinal Display, which uses a low powered LED, coupled with a series of custom optics and a micromirror array, to result in crisper and brighter images as compared with conventional display technologies.

apart from that, it also features an integrated head tracking capability that’s compatible with all of the latest consoles and games for an immersive game play. the Avegant Glyph Head Mounted Display will be officially unwrapped at the 2014 International CES in January 6, 2014 and on the 22nd of the same month, consumer units sporting HDMI/MHL cable, onboard battery and a thinner, narrower display band, will hit crowdfunding platform Kickstarter with a pre-sale sticker set at $499. of course, other ancillary rewards will be available when it goes live on Kickstarter. until then, information pertaining to the innards are still a mystery. another look at the Avegant Glyph Head Mounted Virtual Retinal Display in its ‘video mode’ after the break.

UPDATE [January 30, 2014; 7.20PM PST] the Avegant Glyph Head Mounted Display is available for pre-order on Kickstarter, starting at $499. check out a pitch video below to learn more. 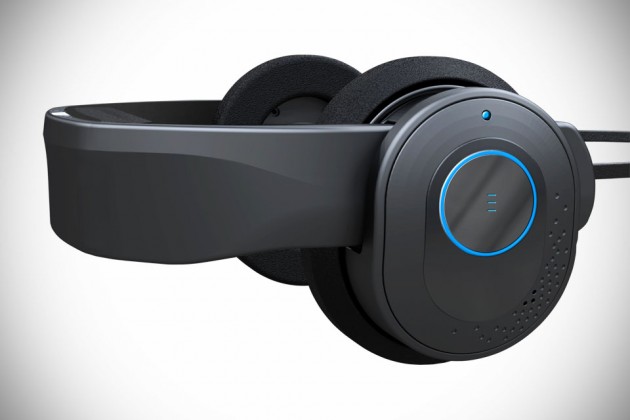