You may ask: ‘is this even a motorcycle?’ Well, it is obviously a motorcycle and an extremely radical one to say the least. Conjured up by Alabama-based motorcycle builder Confederate, the G2 P51 Combat Fighter is no doubt a sight to behold. This second-generation Combat Fighter stays true to the ethos of the original Combat Fighter, but now sports the new CX4 architecture that composes entirely of a lighter, more durable 6061-T6 aerospace billet aluminum construction – from the frame right down to the engine block and heads and is push forth by a drag-derived, air-cooled 2,163cc V-twin motor that pumps out 200 horsepower and an astounding 180 lb-ft (243.7 Nm) of torque – thanks to an all-new head design and induction system. 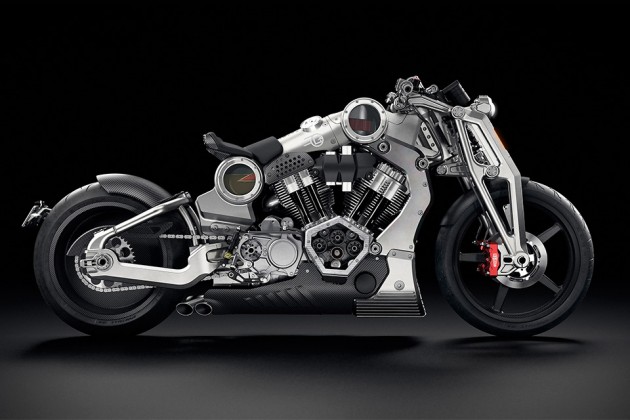 Want one? Well, you’d better be loaded – like very loaded, cos’ you’re looking at $113,900 and upwards for a beauty of such. And that’s provided that the 61 units – 31 in raw machined finish and 30 anodized black – being offered aren’t already snapped up when they becomes available. To be sure, you can always submit your intent to buy over at their website.