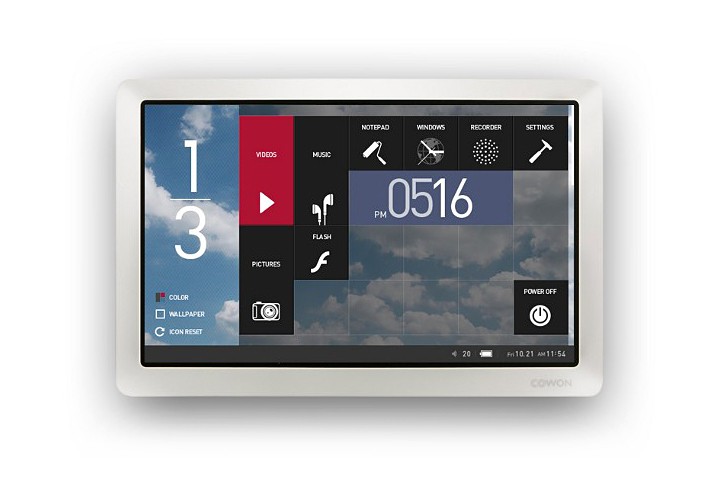 don’t like Apple, and loath the flood of Android tablets and yet still yearn for a tablet that does media and stuff? well, you are in luck. Cowon (yes, they are still around) has announced media tablet R7 that (incredibly) runs on Windows CE 6.0 OS. i applaud Cowon’s persistence in this respect but on the other hand, we are not sure how this is going to work out. these days we choose between iOS and Android, and we have almost forgotten about Windows CE until today. thanks for reminding us, Cowon. sporting a 7-inch display with just 800 x 480 pixels resolution, the R7 is said to be capable of outputting full HD 1080p via its HDMI out. other features include long battery life, numerous formats and codecs support, 64GB internal storage, a micro SD slot, and stubbornness for staying with Windows CE… oh wait, the latter isn’t really a feature. does it? anyway, no word on its exact pricing or availability at this point in time.
[ad#Google Adsense-text-468×60]