Oh, you have seen curly hair dogs? Of course you have, but I bet you haven’t seen cats with curly hair. No, wait. Consider that you have now, because this kitten you see here has exactly that (curly hair) and it is probably the cutest thing you need to see today. Among the many things the Internet community cannot resist is cute stuff and therefore, it is no surprise that this little kitty here when viral when Twitter user mean plastic posted images of this little furry ball of cuteness. But while we go woo and ah over the incredible cuteness of this feline creature, we also ask ‘how’? How is it even possible? Well, according to Bored Panda, here’s how:

“The breed of the cat who became Insta-famous last week is most likely the Selkirk rex – and its origins can be traced to one peculiar rescue cat named Miss DePesto… Miss DePesto was born in a Montana shelter in 1987. She had four siblings, each of which have straight coats, but the kitty stood out due to her unusually curly hair. She was adopted by Jeri Newman, a local Persian breeder. She bred the cat with with a black Persian and they produced a litter of six babies, all of them with curly hair. Newman realized the curly hair was a dominant genetic trait – and this is how the Selkirk rex was born.”

This unnamed orange curly hair kitten really made my day. I hope the hair will remain so and not, you know, straightened out as it grows up. You know that kind of thing happens. There are quite a number of such curly hair kitties around but I think short hair breed looks the best. Don’t you think so? 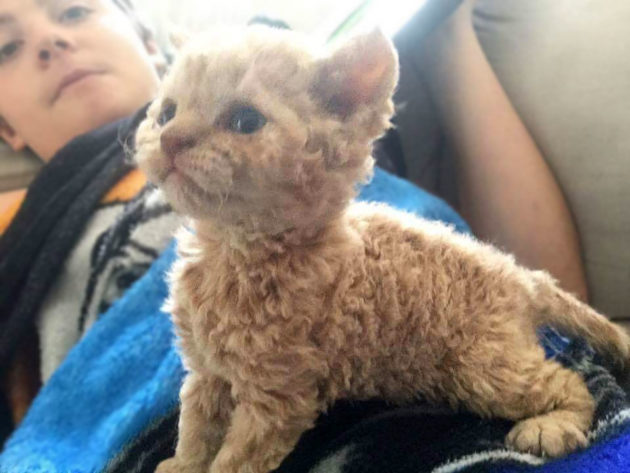 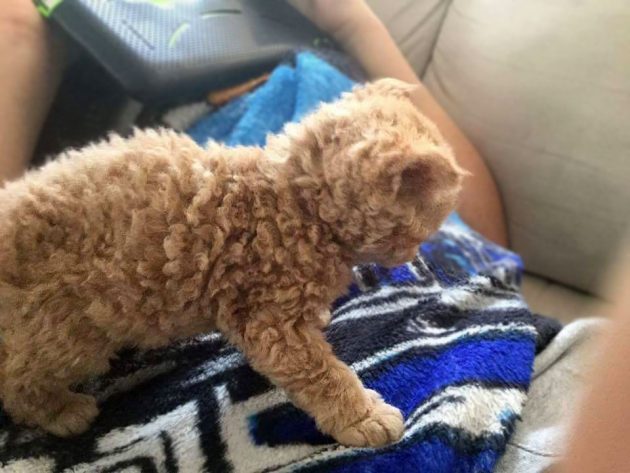