we have no idea how much a monster truck cost, but we read that those competitive ones like the Grave Digger cost over $250,000, plus around $100,000 for spare parts. well, that thing only sits one or maybe two, which makes ebay seller ‘mrdavegibson’ asking price of $600,000 for his 28-seat Monster Truck a steal. that’s 28 person you can ferry with this monstrosity and we bet no monster trucks, not even those in Monster Jam, can boast that they have a helicopter cockpit for the truck’s cabin, which is what this custom 28-seat monster truck has: a cockpit ripped right from a 74′ Bell helicopter. the truck used to be part of the Monster Truck World off-road amusement park in Wisconsin Dells and according to the seller, the property on which the business ran was recently sold, and therefore, he has to part with this 4×4 beast, plus a pair of shipping containers loaded with spares including engines, which you probably going to need. 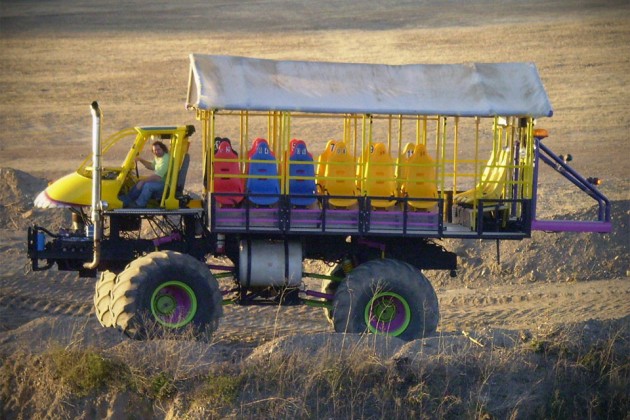 the helicopter cabin sits on a custom chassis, along with a canopied bed fitted with 28 plastic bucket seats complete with lapbelts. the truck rides on 50,000-lb Pettybone crane axles, both steerable, and has 4-link air-ride suspension with coil-over shocks, which should be a whole lot more comfy than those you find in those Monster Jam’s trucks. this 25,000 lbs monster now runs on a Ford big block (no details, though). the owner claims that he used to go through 3-5 engines per summer, but has since perfected the setup and has one running for four years, which we assume will be the one you will be getting. anywho, there’s a pair of spare engines that are “ready to go”, in addition to some unprepared blocks that you will be getting as part of the $600k deal. the owner also claims that he spent some 10 years “sorting out the entire system” and built up quite an inventory of spare parts to ensure a reliable running. so if you are up for a monster truck that can help kickstart your own off-road amusement ride business, then hit up the ride’s ebay page for more details. 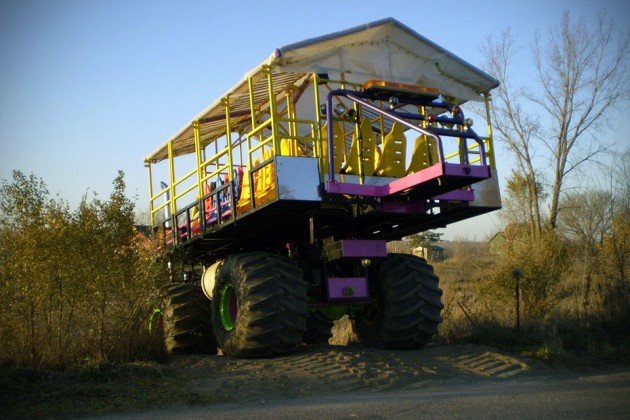 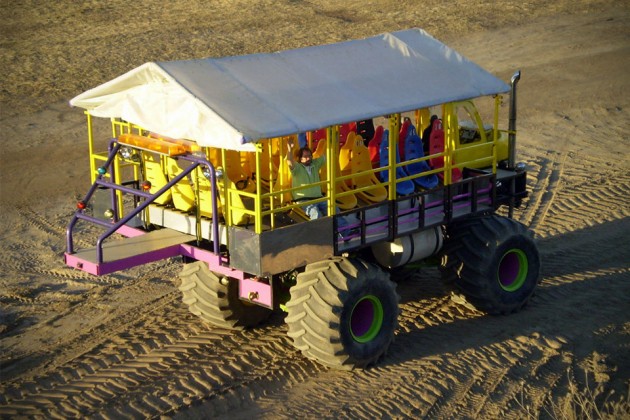 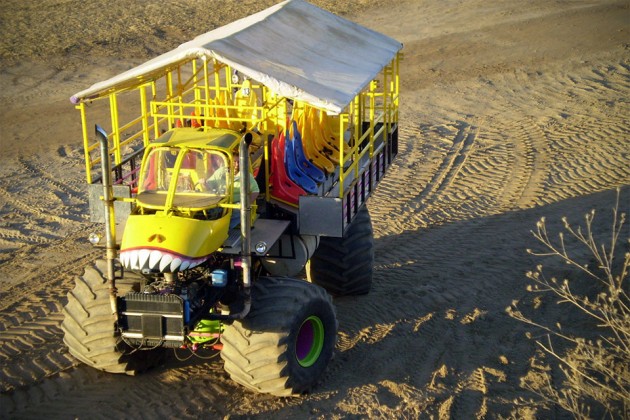