Ferrari, like McLaren, will probably never venture into the SUV segment, let alone designing and build pickup trucks, which is a good enough reason for London Motor Group to chop up one Ferrari 412 and turn it into a pickup truck, and boy, the result is nothing less than stunning. billed as the world’s first Ferrari 412 pickup conversion, this particular example is based on a 1989 Ferrari 412 which has one-quarter of its back chopped to make way for a beautiful 3-foot teak wood pickup bed. as you can imagined, the amount of works gone into it is no walk in the park. everything that used to be in this part of car has to be relocated or we suspect, gave up altogether if its of no functionality. the amazing feat here is probably how the end result looks so factory-like and so surreal. 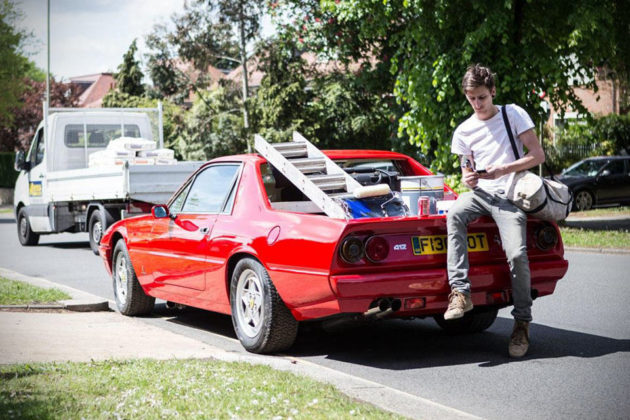 turning a Ferrari into a pickup truck is one thing, but having a teak bed that kind of befits this classic is what we think makes the magic. granted the Ferrari 412 ain’t the prettiest of the lot or even the most performing coming from the prancing horse’s stable, but it is after all, a Ferrari. we suspect the 412 was chosen to go under the knife partly because of its front-mounted engine configuration. if its a mid-engine like the 208 GTB or the 308 GTB, there would be no way it could be converted into a truck. besides, we think the sharp, low profile lines of the 412 works pretty well as a truck, don’t you think? if you ask me, this could be the answer to Australia’s glorified UTE, albeit being an one-off example. a few other worthy details include a “shotgun” hood scoop, a unique exhaust system with tunable sound, and a Bang & Olufsen speakers setup (with matching Rosso Corsa grill!).

no details on the engine though, but if nothing’s change, it should have a 340 bhp V12 unit upfront, driving the rear, which would have more than enough grunt for any kind of job and perhaps, kick some cars’ asses too if situation permits – just make sure nothing is on the bed though. 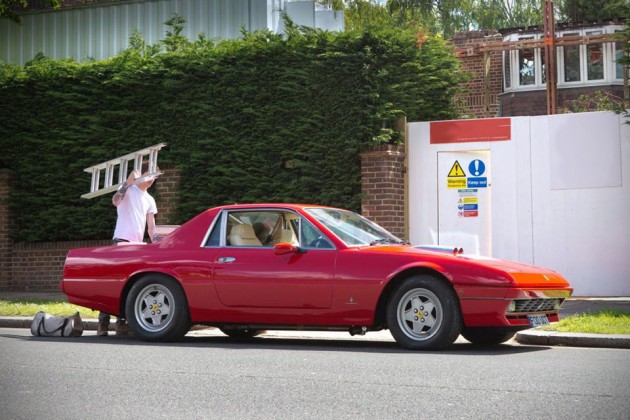 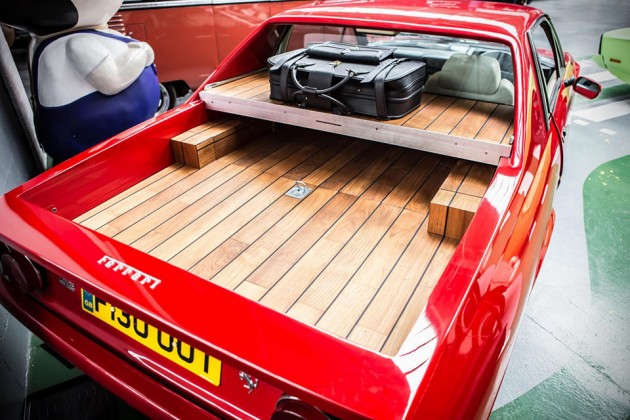