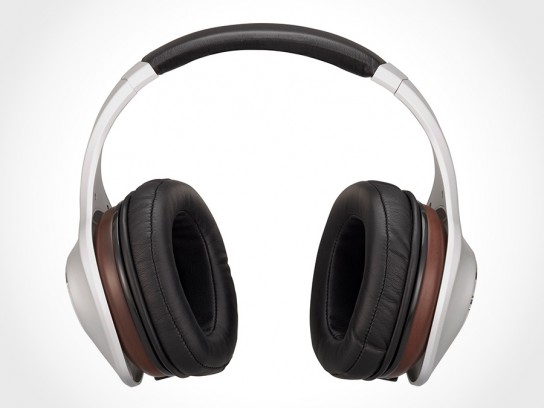 to us, a pair of cans is not just about music reproduction. it got to have the look to match (yes, we said that many times) and that’s the main reason why we thought Beats by Dr. Dre cans are really cool. not only they sound great but aesthetically, they look different from the horde of mid- to high-end cans. however, Beats have since proliferated the market and they can be spotted just about anywhere in the streets of New York, which sort of wears out the individuality factor. sadly, alternatives are far and few between. however, come this August, you will be greeted by one such alternative from Denon, dubbed as the Denon AH-D7100 Artisan Headphones. though, the AH-D7100 is beyond that of the Beats’ market segment. at $1,199, it will pit itself against high-end audiophile cans in a pretty much reserved territory that is prohibitive to regular folks. anyway, expect this pair of around-the-ear headphones to sport the same 50mm “free edge” driver as used in the AH-D7000 but with the new nano fiber diaphragms in place of the the micro diaphragms. it will be packaged with a 10-foot audio cable for home use and a three-foot cable with inline three-button remote/mic combo for use with your mobile devices. larger views after the jump.

via Gear Patrol via Head-fi via Engadget