We have read and seen drones developed to cover air, land and even sea, but one that can take to sky like any regular flying drone and yet crawl on all fours? Now, that’s something new (and pretty creepy, if you ask me). Technically, DALER or Deployable Air-Land Exploration Robot, does not crawl on all fours; it has two legs, or whegs (which basically means wings that double as legs), hinged to both side of the winged aircraft that rotates to make the crawling locomotion while on the ground. If you are thinking that it sure looks like a bat crawling, well, you’d be right. The DALER is actually inspired by common vampire bat, a species known as Desmodus rotundus. The robot mimics the real flying mammal by having foldable skeleton wings covered in soft fabric (think bat’s wings), thus allowing the wings to be ‘collapse’ so that it can crawl in tight spaces if required. Though it is also totally capable of crawling even with the wings fully extended. 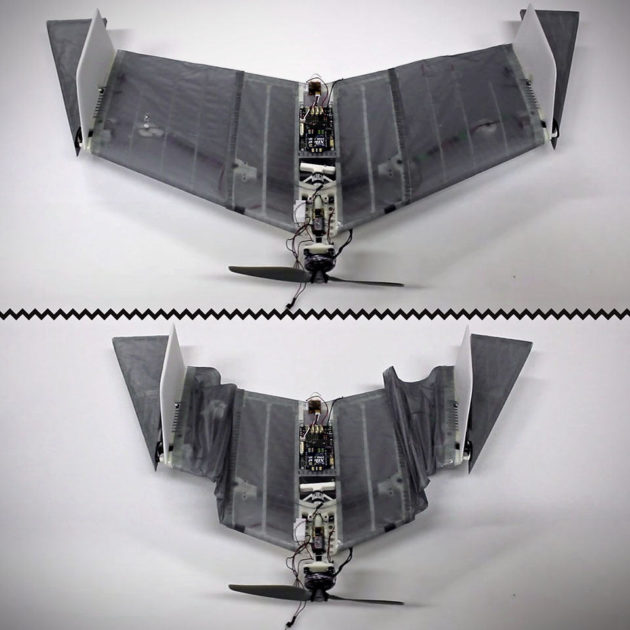 This collapsible wings are made tough. Not only can they sustain flight when extended, they are totally shockproof too. DALER does not fly like a bat though, neither does it hangs inverted like the nocturnal flying mammal (perhaps they could consider making a dock that does let them recharge upside down, you know, for completeness sake?), and heck, it don’t even land like one, but clearly, those are not the objectives which the researchers from LIS, EPFL, and NCCR Robotics have in mind. When in the air, DALER makes a top speed of 20m/s (equivalent to 44 mph or 38 knots for you aviation fanatics) and it crawls at a leisure pace of 6cm/s – not exactly numbers that will get it to Red Bull Air Race, or win any races, but then again, it is never meant to be fast; it has meaningful future and that’s to take part in natural disaster rescue missions and reaches where regular track bots and humans can’t. Now you see why this thing needs to crawl?