Disco is mainly an indoor event, but occasionally, it does occur on beaches and sometimes, even at construction site too. Well, ok, the latter was not true. Though it is true that there was a “construction site disco,” but that was just the one time at Lyon, France last week (December 8-10, 2016) and it wasn’t a real disco per se. It was actually French artist Benedetto Bufalino’s latest work of art. The artist, who has the penchant of the quirky art like phone booth aquariums, stuck a large number of mirrored surface plates on the mixing barrel of a Lafarge cement truck which, effectively turn the cement truck into a big-ass disco ball.

Apart of being an unconventional disco ball, this particular Lafarge cement truck could very well be the most blinged cement truck on Earth, albeit not in a luxurious way. But hey, it still has the bling, like literally, doesn’t it? Anywho, the truck itself isn’t enough to create a construction site disco art installation; strategically-placed spotlights directed at the slow spinning mixing barrel, which threw swirling lights on the floor and the facades of the nearby buildings, creates the visual atmosphere while suitable techno music seals the disco deal.

Though, this disco draws no avid John Travolta-wannabes and footloose did not happen either. Instead, it drew the attention of curious passerby who stopped by for some photo opportunity. Keep going to catch the video of it in action.

NOW READ  Before A Cybertruck Model Kit Comes Along, You'll Have To Make One Out Of Paper Yourself 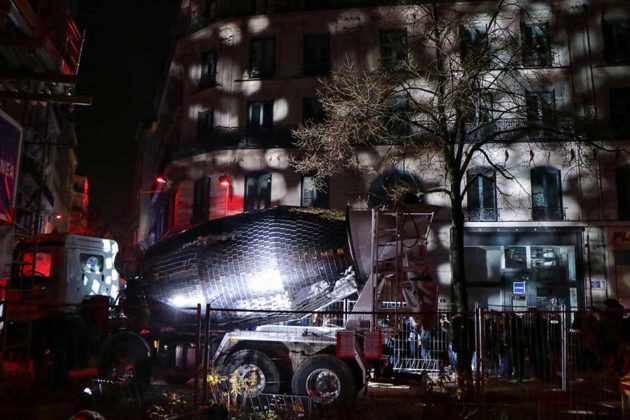 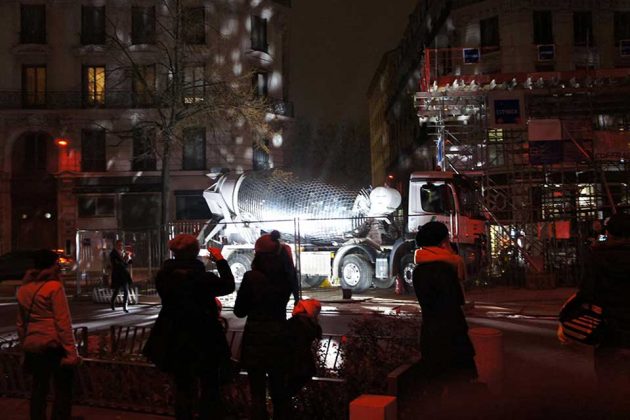 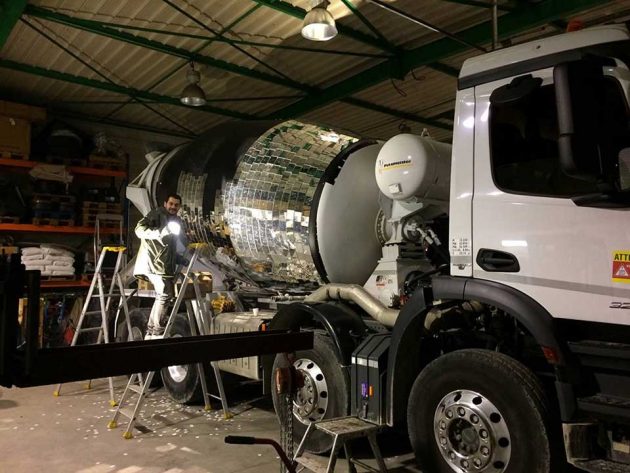 Images and source via Colossal