If you think LEGO is fun, then imagine how awesome it would be if those building blocks are life-sized. With life-sized blocks, the castle that juniors built becomes a play house which they can physically enter and even block-built t-rex can be ridden too. In other words, what your little ones built could be functional which adds to the value of the toy. The Edo Life-sized Cardboard Toy Bricks you see here is the life-sized ‘LEGO’ bricks that we talked about and based on what we witnessed on the product pitch video, we already can imagine how fun it would be. 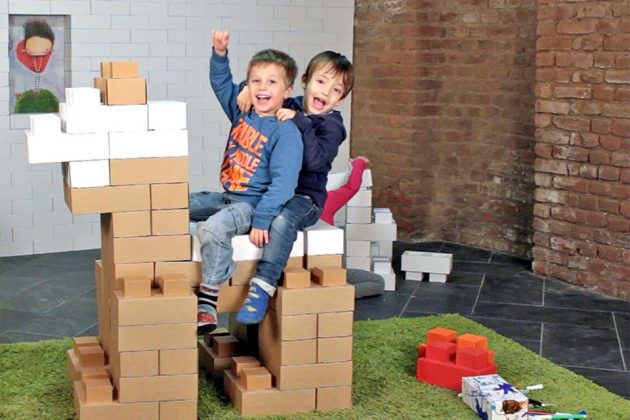 But making LEGO style bricks of this proportion is going to make it heavy, expensive and not to mention, driving the shipping cost way beyond the sky, and hence, it is not practical. So, to counter those, Edo uses flatpack cardboard which, when arrived, you can then put together each individual cardboard bricks to be used for some serious building fun. Altogether, there are two sizes of brick: single stud and duo studs, allowing you and/or your kids the freedom to exercise your/their creativity. The individual bricks are carefully engineered to achieve the toughness Edo required and according to its creator, a lone brick, if assembled and used correctly, can support up to 100 lbs (50 kg). 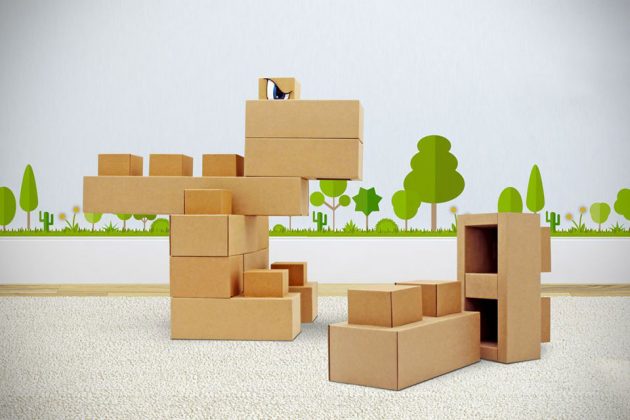 Apart from creating fun objects out of it, these gigantic bricks can be used to build a variety of practical furniture like coffee table, bookshelf, and whatnot. Heck, they could even be formed into a brick sofa capable of holding a grown man’s weight. Now, that’s the kind of fun we want to have. Finally, since they are of raw cardboards, creativity and fun does not stop at building; they can be further decorated with stickers, doodles, drawings and colors of your choice to make the final product uniquely yours (or your kids).

NOW READ  This The Office Hardcover Book Is Rebooted For Children 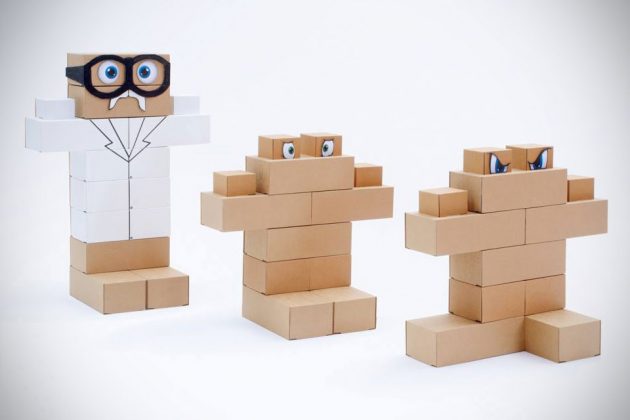 Edo Life-sized Cardboard Toy Bricks is running a crowdfunding campaign on Kickstarter to help to take it to production. If you like what Edo proposes, you can help to make it a reality by backing the campaign. A pledge of €28-295 (around US$31-329), depending on how soon you act on it and which model you chose, will land you with a set in December 2016 if the campaign meets or surpasses its funding goal in the next 18 days or so. Go check it out.