the opinion on 2013 blockbuster Pacific Rim was divided, but i guess its domestic takings to date pretty much speaks for the movie: it was not as fantastic as many had anticipated it to be. sure, the effects were fancy, but the storyline just kept everything stifle up. overwhelming number of flashbacks and one too many Gone With The Wind moments. gosh. it was a dread watching the story build up part, if you ask me. anyways, still, i considered myself a fan, for the sake of the Jaegers. just for the Jaegers. however, if you are way bigger fan than me, then the Pacific Rim Auction, jointly organized by Prop Store and Legendary Pictures, is the place to get your Pacific Rim fix. over 200 props and costumes, of which some pretty mundane (read: borderline lame) and some are actually pretty cool, are being offered as we speak. 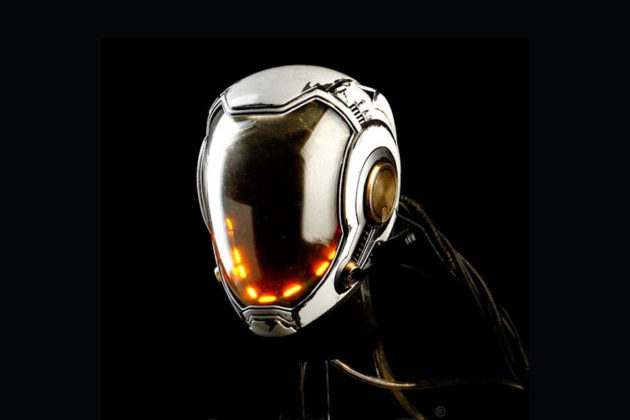 the star auctions item are obviously Jaeger related, including Chuck Hansen’s Drivesuit which he donned to pilot the Striker Eureka Jaeger, helmet of Gipsy Danger‘s pilot Raleigh Becket, an exceedingly life-like mechanical Kaiju skinmite, plus a few Kaiju parts and stuff. other more mundane items ranges from the scavengers’ costumes and equipment (jackhammer? really?), IDs, Kaiju in glass jar and more. like i said, it takes a big fan to want to own such seeming mundane props and an even bigger one to be dropping pretty penny for some of the star auction items. sorry folks, big ass Kaiju and Jaegers are, unfortunately, not on the menu. and oh btw, these items are not replicas. the are the original assets used in the production of the film and are made available through a partnership between Prop Store and Legendary Pictures. as always, their worth are yours to judge, not mine. hit up the Prop Store auction page to check them out. 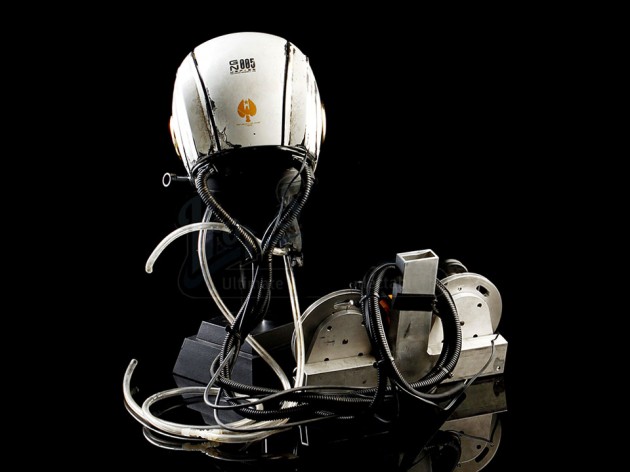 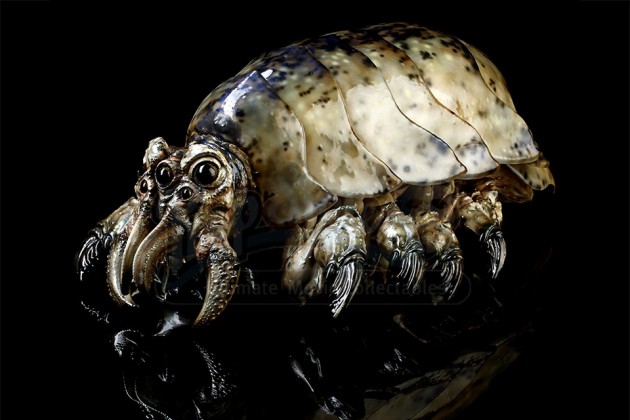