we may be highly sociable online, but we can’t say the same when offline. why? whenever i take the train, i noted at least five out of ten person are glued to the phone as if there is some invisible string that ties the phone to their eyes. nobody looked up, at least not until their stop. but hey, it is definitely a non issue to me, but some folks think its time for a change and hence, the noPhone. noPhone is what it says it is: it is not a phone at all. it takes on the familiar form of a typical smartphone and shares the exact weight and dimensions as “your most beloved gadget” (no prize for guessing which handset), but what it lacks of are, well, functionality. 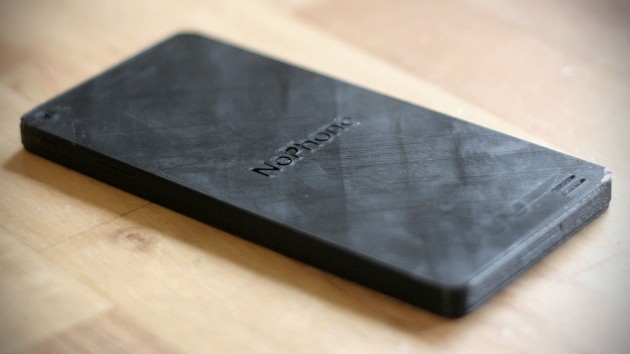 with noPhone, you won’t be able to check in with Four Squares, rant about the douche who jumped the queue on Facebook, or tweet about you taking a dump. you can’t make calls, or take pictures, much less selfie. basically, it is just a block, a surrogate as its creator calls it, to your real smartphone. according to its creator, this thing provides you with something to hold in your hand, thereby alleviating “any feelings of inadequacy generated by the absence of a real smartphone.” there are even testimonies from folks who presumably used it. a Whitney R claimed to have improved her eye contact skills by 73 percent with the noPhone, well, she didn’t mention how many important stuff she might have missed in the same period though.

there is even a dude who said he used to sleep holding on to his phone when occasional “night terrors” would cause him to hurl the phone across the room (!?), but now, noPhone has no problem with his routine night terrors cos’ it is completely shatterproof and even toilet-resistant. and oh, did we mention that it is battery-free and upgrading-free too? wait. are we still on April 1st? or is this thing for real? to be honest, we are as clueless as you. on the side note, if this thing were to go on sale, it probably would have a better chance of getting any sale marketed as a paper weight (which is what it really is) that could cure your phone-addiction (like nicotine patch, i guess). 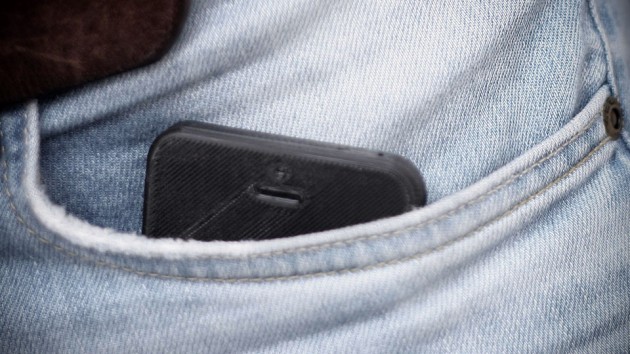