People, start digging out your collection of ancient cassette tapes from your closet or attic (or self serve store), because a new age cassette player maybe coming your way. Well, that’s if Lithuanian audiovisual art duo, BrainMonk, have their way with Elbow, the next-generation portable cassette player. We are not sure if Star-Lord love for cassette mix tape has anything to do with this rekindled interest, but anyways, this modern day cassette tape player could be a reality – once BrainMonk worked out the technicality and the financial aspect of making one. 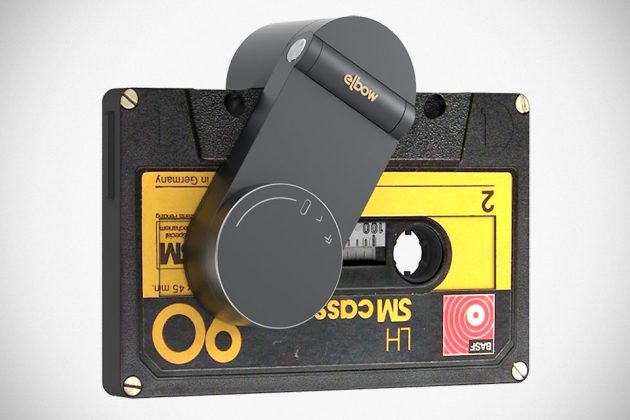 Obviously, cassette tape is not a media that has the best sound (though some swear by it fervently), but it is nice to hear someone is bringing cassette tape player back and in an extremely streamlined form that packs both old and new tech. In fact, the proposed Elbow looks more like a giant clothes peg. It attaches to a cassette tape, catching onto one of the reels to enable playback while a large dial control allows for playback, volume control and fast-forwarding. We would like to think Elbow is a cassette interpretation of the Crosley portable vinyl player. 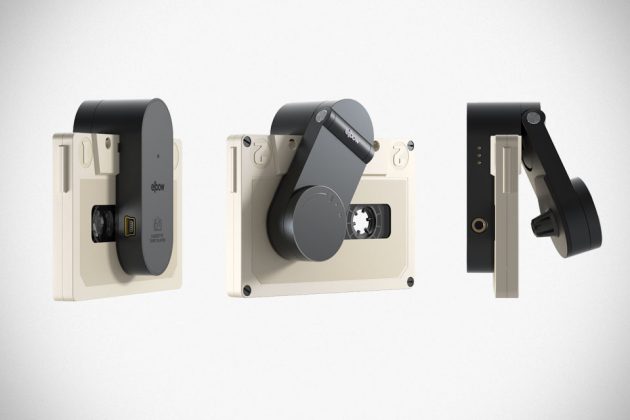 Elbow exposes the most iconic part of the whole cassette tape era: the cassette tape itself and this is why it is also designed to be worn on clothing (by pinning, strangely), so you can turn this cultural icon into a fashion statement of sort. It features a modern battery pack, rechargeable via a mini USB port which also doubles as a medium for transferring audio from cassette to a computer, and it of course, has the good’ol 3.5mm audio jack for piping the audio to your headphones or speakers.

At this point, it does not appear to have Bluetooth capability, but it could change since the concept has just entered prototype stage. That said, it could take a while before it becomes a reality, but sure hope it made it because vinyl has been the meta (as far as ‘retro’ media is concerned, that is) for far too long now. Check out the intro video after the break. 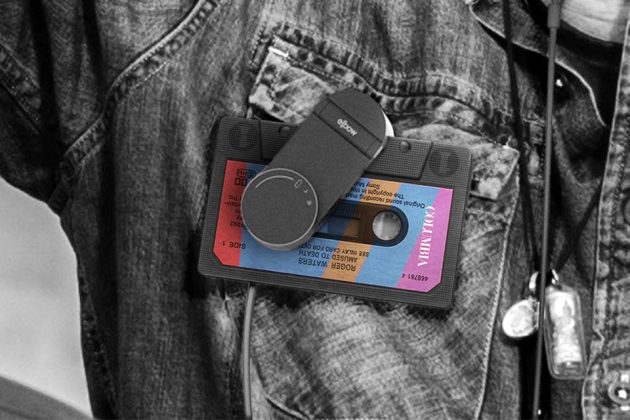 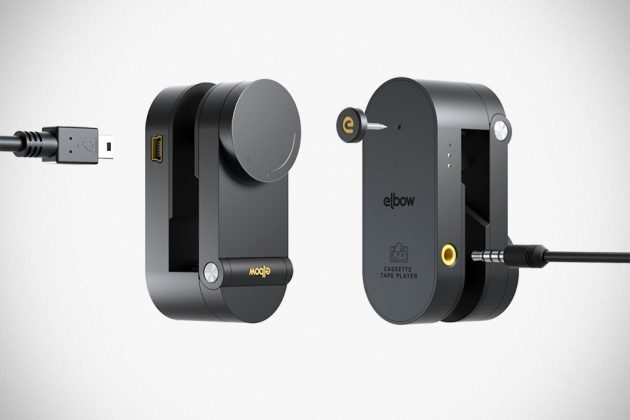 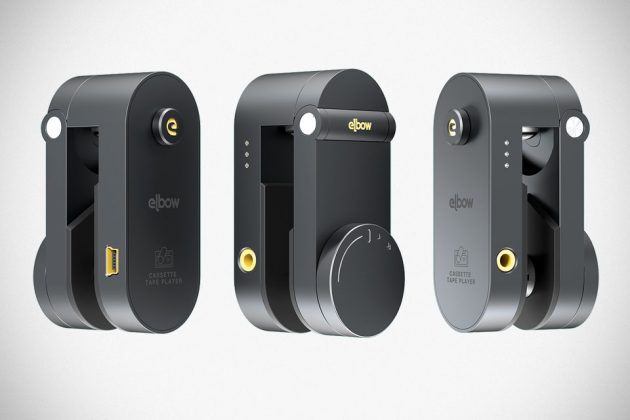