When the automobile industry started seriously exploring electric drive, someone actually wanted to solve the range issue associated with poor battery life with highways that can charge the electric cars. Well, guess what? It has become a reality, sort of. Germany’s power and automation company Siemens, in partnership with Swedish truck maker Scania, has made the world’s first public electric highway a reality in Sweden. However, this electric highway is not quite what you expect. There are no high-tech wireless charging elements buried on the road; instead this Siemens eHighway, as it is called, is much like the old trolley car system, AKA electric tram. 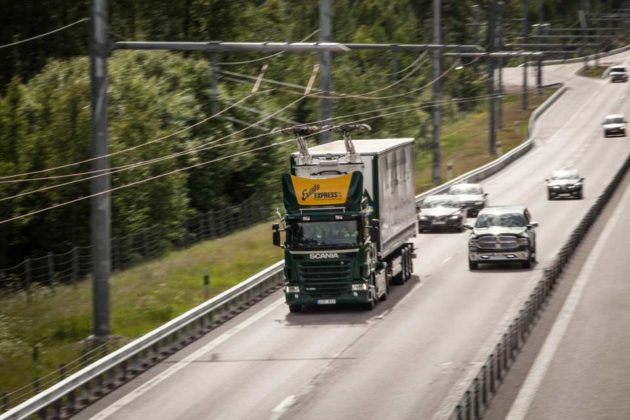 This means power lines and all that overhead. Not quite the high-tech sight one may have imagined. But that’s ok. Flying cars aren’t a reality either. Though, it should be a lot cheaper than inventing a wireless charging system that can efficiently charge a moving automobile and burying it under existing roads, and it is definitely ‘fail safe’, so long as the trucks keep to the center of the lane. While a bunch of such power lines will straddle along Sweden highways, not every automobile will be able to leverage on the precious juice the these lines have to offer. Only hybrid trucks, specifically Scania’s, equipped with retractable pantograph will get to tap the sweet nectar of electrons from up above and obviously, unlike electric trolley, these semis do not need to travel on tracks.

According to a report, hybrid trucks utilizing the Siemens eHighway will be “twice as efficient as conventional internal combustion engines (trucks)” and needless to say, they will help cut local air pollution too. Siemens eHighway will undergo a two-year trial as part of feasibility study for long-term commercial uses in the area of transportation of people and goods. 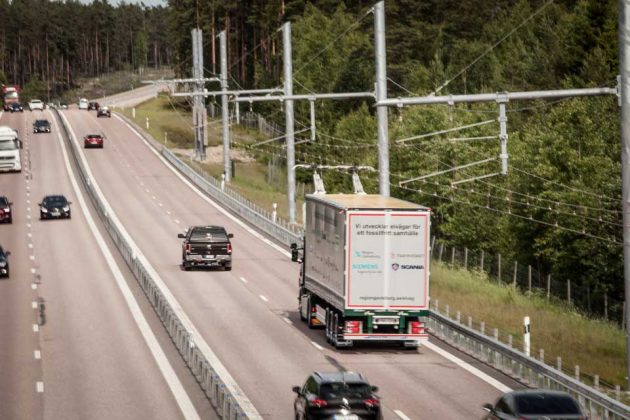 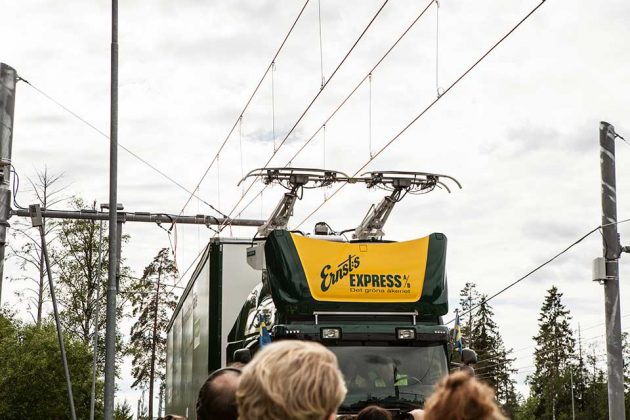