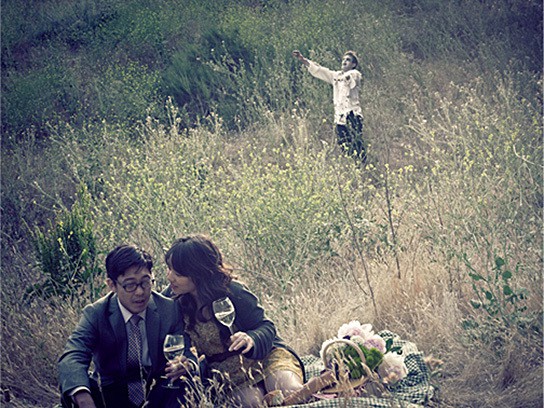 i am no photography critics but these photos entitled “Zombie Engagement Photos” by photographer Amanda Rynda really caught by eyes. you know what they say about good things never go unnoticed? yea, this is one those good things. it all began when a Juliana approached Amanda about her (Juliana’s, of course) somewhat morbid concept of embracing each other after surviving a zombie attack. sweet stuff. the photography part, not the zombie. here’s what Amanda has to say:
[ad#Google Adsense-text-468×60] [quote style=”boxed”]When Juliana & Ben got engaged, Juliana emailed me about shooting their engagement session. She wrote, ”We want to survive a zombie attack and then hug because we’re in love!” They wanted to put their personalities into it, and do something a little quirky. Quirky is right up my alley so I knew we’d have a great time pulling this idea together. Thanks to Juliana & Ben for being so amazingly cool and allowing me to run with their idea. Before I had a chance to post these photos online myself, they somehow crept out into the world. So I thought I’d take the opportunity to post them the way I had originally envisioned.[/quote]

check out a few snippets of this zombie ordeal engagement photos after the break. also, head on down to Amanda’s site for the full story. who knows? it might just teach you a thing or two about surviving a zombie apocalypse. 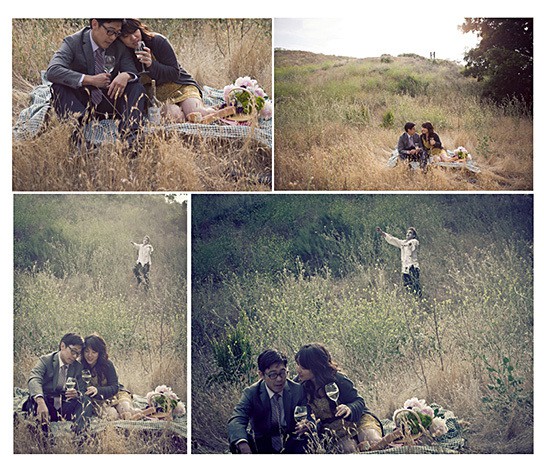 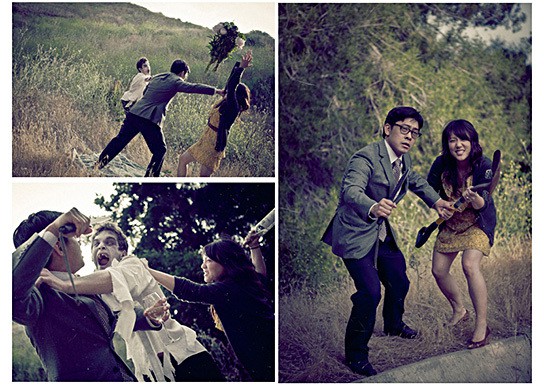