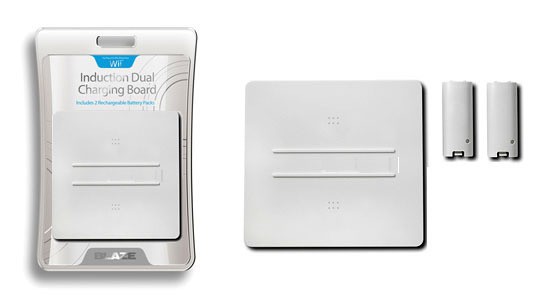 being an avid gamer, i certainly welcome the world of wireless controllers. however, with the new found freedom away from wires, we face yet another problem: battery charging. among the major game consoles, Wii is the only machine that has its controllers that uses standard AA batteries which allows for quick replacement if it ran out of juice, provided that you have spare batteries ready. however, the constant replacement of batteries is gonna cost you and besides, it’s not exactly green.
[ad#Google Adsense-text-468×60]

personally i tried two types of recharging solution in a bid to cut the expenditure on such expendables. the first is the integrated battery cover with a rechargeable battery pack that replaces the stock cover and of course, the double A batteries. all i have to do is to dock the controller to the cradle and it charges but not with silicon skin attached. the second method i used was rechargeable AA batteries, which is worst way. charging time was horrendously long, and the hassle of replacement was all together another matter.

the good news is, Blaze Europe is bringing induction charging to the Wii-mote. essentially, you will be replacing the stock battery cover with the battery pack from Blaze, plug in your charging board and leave your Wii-motes on it and it starts charging. the charging board can charged two Wii-motes at the same time and it can even charge with the silicon skin on. no hard specifications were given but the company promises “rapid charging times”.

the Wii Induction Charger cost £24.99 (about US$40.80) a pop which includes the charging board and two rechargeable Wii-mote batteries.
[ad#playasia-2]