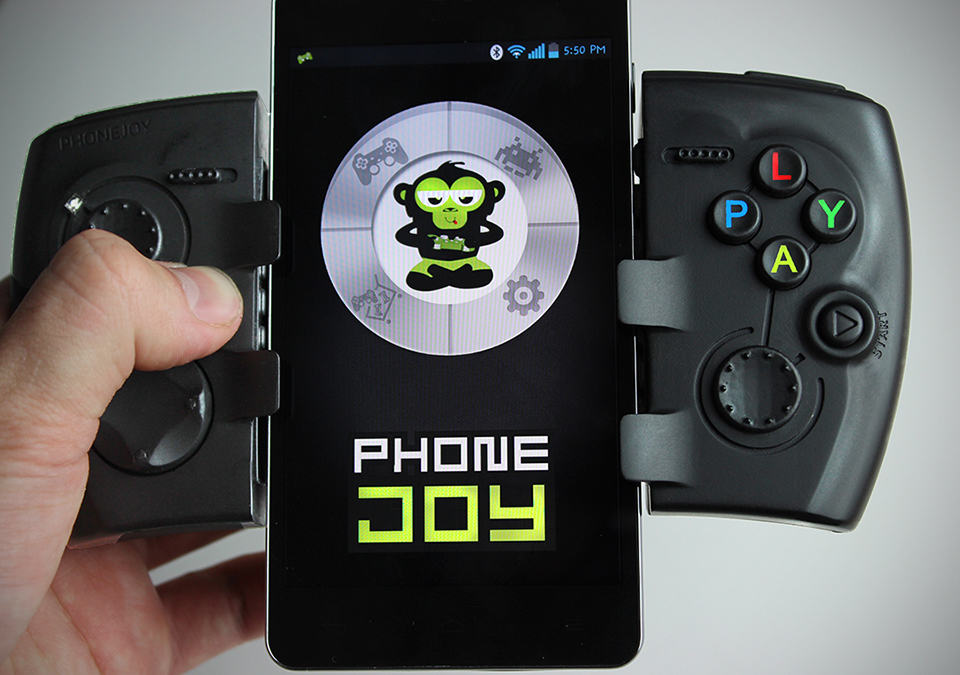 touchscreen smartphone gaming is fun but it is not without flaws and one such noticeable flaw is the touch itself. since touch controls share the same real estate as your game, it tends to block out some part of your gaming display which is not good for your gaming experience. this is the part where the PhoneJoy Play game controller for smartphones can help. the name is not blatantly obvious, but it is a game controller designed specifically for smartphones (though it could also accommodate small tablets), turning it into a PSP-like mobile gaming device. when in its compact form (i.e. closed), the game controller appears to be a cute version of a regular analog game controller, complete with two pressure sensitive analog sticks and fourteen programmable buttons and when pulled apart, it leaves a center section that holds your smartphone in place, thus turning it into a portable gaming system.

buried within this contraption is a battery pack that offers up to 20 hours of usage per single charge, along with the necessary circuitry and Bluetooth 3.0 module that makes the whole thing ticks. the game controller supports various operating system including iOS, Android, Windows, Mac OS X as well as Linux and is currently compatible with over 300 games on Android and iOS and even if the game you love ain’t supported, there will be an app to emulate the touch controls and port them to PhoneJoy Play. the PhoneJoy Play can be yours if you make a pledge of $60 or more via their Kickstarter page. shipment is expected to be sometime in April 2013. find out more about the PhoneJoy Play in the pledge video below.

UPDATE [April 01, 2014. 12:45AM] good news for backer of PhoneJoy Play cos’ the product is finally on the way to you. if you missed the opportunity on Kickstarter, you can pre-order yours now starting at $69.99 a pop.