haute horlogerie timepiece involvement with charity isn’t new, but one that promised to channel revenues from the sale to fund the destruction of 1,000 assault weapons in Africa is something unheard of and such is what Peter Thum, founder of Fonderie 47, promised to do with the limited edition Fonderie 47 Inversion Principle Red Gold Watch. further reinforcing its cause, the Inversion Principle Red Gold has a plate on the back made from the steel of a destroyed assault weapon and the serial number, 56-3701F42, of the destroyed weapon the metal is from, is hand engraved beside the plate. it has a three-dimensional dial design and has subtle hints of an assault rifle across the watch, such as rifle sight-inspired frame set into the sapphire crystal, punctuated by blue screws that joins the outer tourbillon cage and the inner three-arm hub, and the instantaneous jumping hour that reminiscent of the gun mechanisms snapping sharply in place. very subtle representations, but the watch and jewelry maker maintains that avoiding blatant connections is the aim. 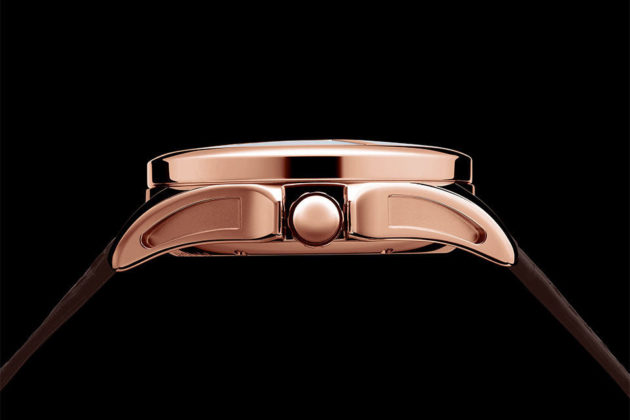 at the back, you will find a sun ray guilloche pattern that appears to radiate out from the ratchet wheel, which is covered by a dark plate formed from a destroyed AK-47 assault rifle. made in Switzerland and the Inversion Principle is powered by Caliber F47-001 movement and boasting a central three-minute flying tourbillon and a Tourbillon case with gold counter weight and curved to follow sapphire crystal. other details include a central three-minute flying tourbillon, instantaneous jumping hours with quickset pusher, 240-deg retrograde minutes, six-day power reserve with lateral and back power reserve indicators and of course, water resistance up to 3 ATM or about 100 feet, and a distinctive 18k red gold case matched to hand stitched alligator strap with gold pin buckle. the Fonderie 47 Inversion Principle Red Gold Watch is a limited edition of 10 pieces in red gold. there is also 10 pieces in 18k white gold, if red isn’t quite your cuppa. as for the price, you are expected to touch base with the Fonderie 47 for pricing matter.

UPDATE [September 10, 2014] we just got words from the horse’s mouth that the Fonderie 47 Inversion Principle Red Gold Watch retails for $195,000 a piece. thanks Kendall for the update. 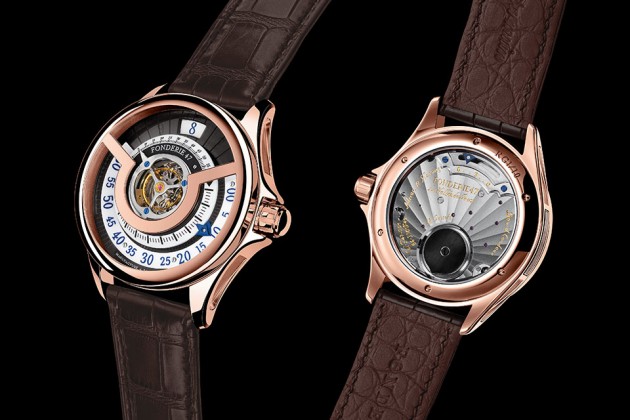 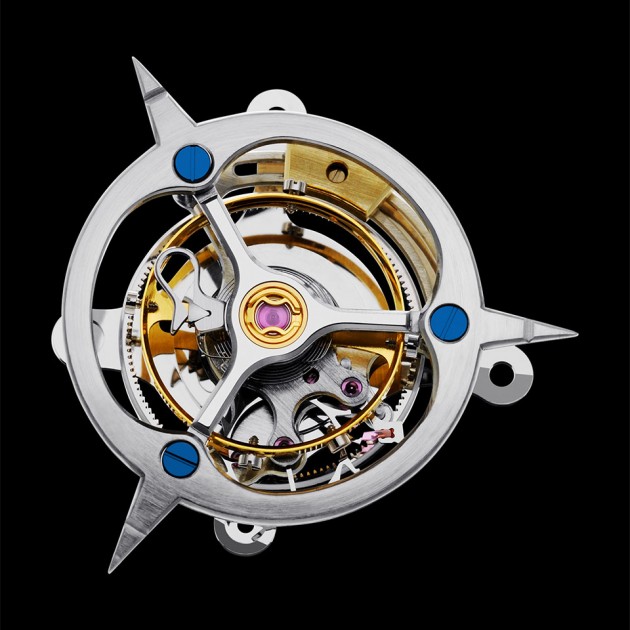