You know the, jellyfish-like dirigible that were used to keep DNA records of humans in the sci-fi flick, Aeon Flux? Well, the future may sees such type of ‘ship’ cruising around us for different purposes, such as serving as airborne assistance system for folks working at height. No, we are not letting our imagination run wild, neither are we crazy. German industrial control and automation company Festo has in fact developed something of eerily similarity. Ok, it can’t hold people inside, much less contain racks and racks of digitalized DNA records (and does not look anything like a jellyfish), but this futuristic airship, called Free Motion Handling Autonomous Flying Gripper Ball, shares some similarities with the dirigible in the movie.

It floats around like as if it has no weight and it is has a main hull shape of a transparent sphere. It is powered by eight adaptive rotors mounted on a carbon ring that allows for precise and yet fluid movement through an indoor environment. The sphere, on the other hand, is filled with helium with an integrated, high-tech gripping device. It is pilot-less and leverages on indoor GPS to maneuver around, while a pair of onboard cameras aid in executing the gripping process and respond contextually to them with respect to its surrounding. The cameras are also use for path planning, as well as object recognition so it knows exactly what it is handling.

NOW READ  Another Person Strapped A Submachine Gun On A Robot Dog, This Time It's In The U.S.

So what are the applications for this flying globe? Festo said it has many and can include “to support ergonomically unilateral tasks,” as a flying assistance system, receiving, and transport and delivery of documents – just to name a few. 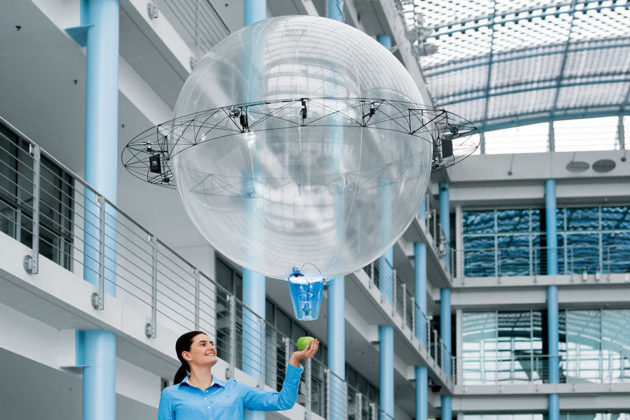 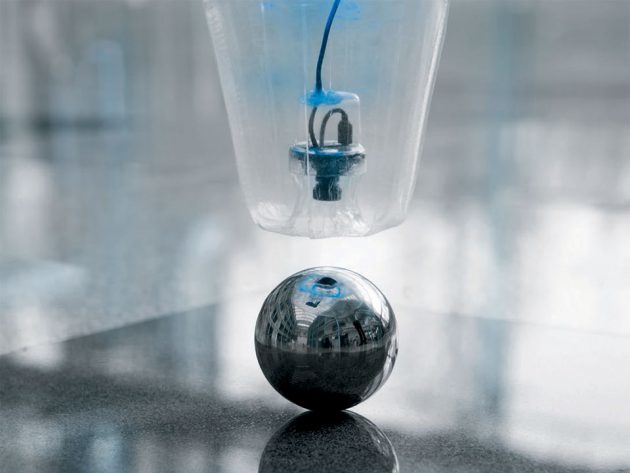 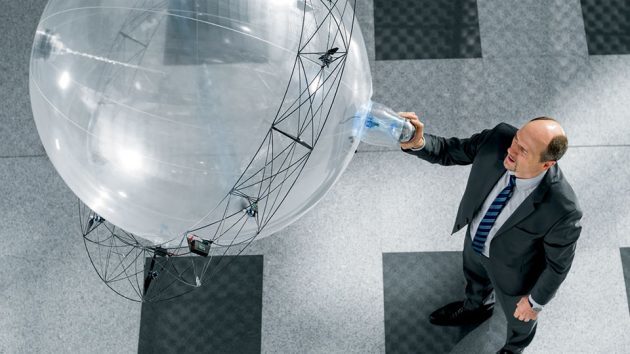 All images by Festo.