this year marks the 30th anniversary of the 1984 cult comedy Ghostbusters and if you are a fan, or just anyone who holds dearly to the rocking 80s, then we think the Ghostbusters: Stay Puft Edition Super Deluxe Vinyl is a must-have addition to your Ghostbusters hall of fame or 80s pop culture shrine. i am sure it deserves a place alongside Boy George, The Cure and Duran Duran, right? available on October 21, the Ghostbusters: Stay Puft Edition Super Deluxe Vinyl is, as the product name implies, a limited edition collectible vinyl package in honor of the terrifying but tasty (though i beg to differ, i am not a fan of marshmallow) Stay Puft Marshmallow Man. 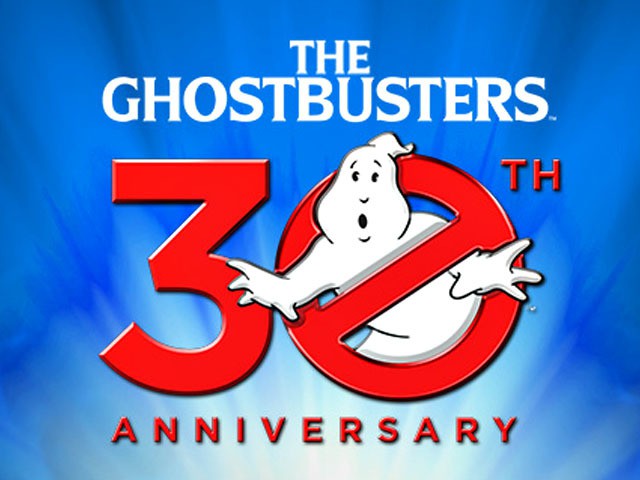 in this reissue, Ray Parker Jr.’s classic Ghostbusters theme and Run DMC’s rap rendition of the Ghostbusters from the film hit sequel comes pressed in a 12″ white vinyl housed in a marshmallow-scented puffy gatefold jacket which “simulates the feel and texture of a marshmallow.” well, i sure hope it won’t attract the ants, though. just kidding. it probably don’t have the marshmallow taste. both songs are recorded on Side A, thus leaving Side B completely smooth which makes this record a particularly unique one. also included in this $58.98 collectible package are a pair of 12 x 12 Stay Puft 3D lenticular images and one 12 x 12 Stay Puft 3D motion lenticular image from the film, a full collage of the iconic scene of Marshmallow Man‘s march to face off with the Ghostbusters, and a complete set of Stay Puft Marshmallow Man facial expressions with three individual emotions separated onto layers of unbound transparencies in a clear sleeve pouch.

only 3,000 of this exclusive collectible package will be available, each comes with its own numbered Certificate of Authenticity and a bonus 6-inch Stay Puft figurine. 3,000 is not a big number and to make matter worst, so to speak, it looks like it is only available to U.S. residents exclusively through official Ghostbusters’ online store, which happens to be taking pre-order as we speaks. so if you want one, you really have to act fast.