You know what defines the 80s? It is not just Back to the Future (Universal, 1985) or Flashdance (Paramount, 1983); it was the cartoons. Cartoons like The Centurions, M.A.S.K., He-Man, Visionaries and ThunderCats. Ah.. those were the days, isn’t it? But what’s gone is gone. We can only relish the time we had with now-collectible action figures and re-watch sub-par resolution videos that are accompanied by horizontal video lines. Not in the case of ThunderCats though.

Warner Bros. Animation has announced that the studio is bringing back the famous cat-like humanoid aliens to the small screen. Called ThunderCats Roar, this series is however nothing like the more “straight face” original aired from 1985-1989. It will be a little, how do you say? Wacky, I guess? Honestly, I am not surprised that it will be wacky. 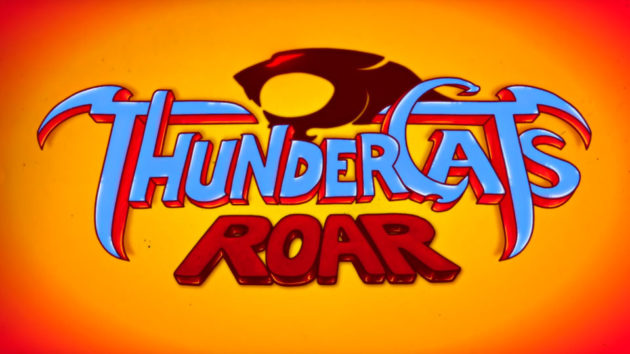 The good’ol days of simple cartoons are over (saved for Marvel and DC series). These days, nearly every cartoon series is super weird. You don’t have look far to know this. Just look at Adventure Time, Rick and Morty and the likes, and you will know what I mean. Here’s a snippet of what to expect:

“Staying true to the premise of the original series, Lion-O and the ThunderCats — Tygra, Panthro, Cheetara, Wilykat, and Wilykit — barely escape the sudden destruction of their home world, Thundera, only to crash land on the mysterious and exotic planet of Third Earth. Lion-O, the newly appointed Lord of the ThunderCats, attempts to lead the team as they make this planet their new home. A bizarre host of creatures and villains stand in their way, including the evil Mumm-Ra, Third Earth’s wicked ruler who will let nothing, including the ThunderCats, stop his tyrannical reign over the planet.”

As you have read, there isn’t a lot to go around at this point, but one thing for sure, Lion-O is not the manly, or should I say, cat-ly, hero you have known. Moreover, in addition to the usual action fare, there will be “increased focus on comedic elements.” In another words, it is going to be wacky and along with it, a lot of over-the-top actions.

ThunderCats Roar is set to air on Cartoon Network in 2019. In the meantime, you may want to learn more with the behind-the-scenes featurette embedded below.