Slotting in keys into traditional key rings is arguably one of the world’s minute but no less daunting task. But thanks to ingenious folks like Zootility Tools and Free-Key Press-To-Open Key Ring, it has been easier. And now, there is an even easier and sleeker way and it is called MSTR LINK Ti Carabiner Key Ring Set. MSTR LINK is, as the product name implies, a carabiner + key rings set. What set this key ring set apart is its unique and sleek operation. 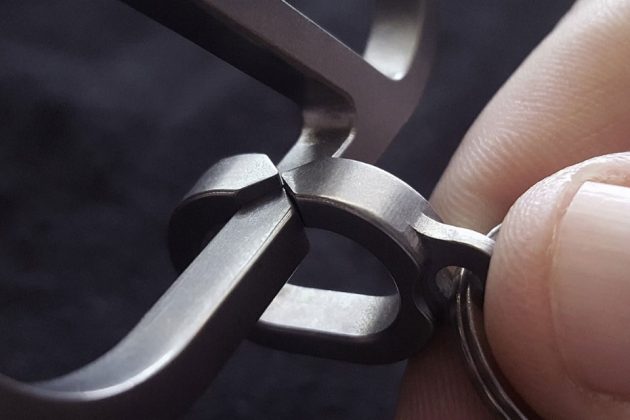 Like the key rings mentioned earlier, MSTR LINK negates the fingernail-damaging process experienced during slotting and removing of keys with traditional key ring. The set consists of two parts: a carabiner and a pair of smaller key rings (called MINI LINX). Both items are precision CNC machined from titanium and stone tumbled finish for longevity and style. 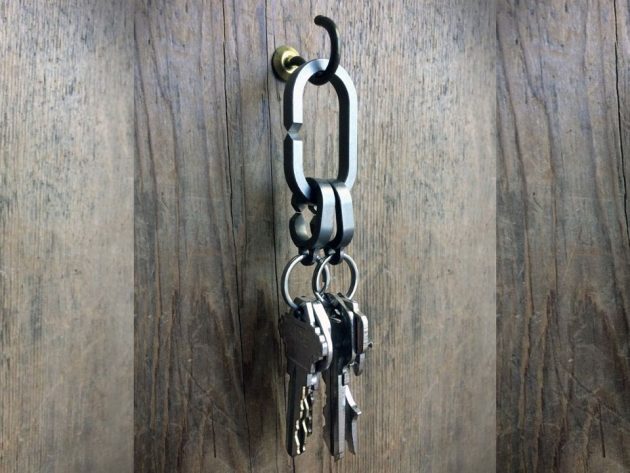 As you can see, only concentrated human intervention will allow the two rings to be linked and un-linked, and as such accidental un-linking should not occur. Although we can’t discount freak occurrences that would result in the separation when the bunch is in your pocket. But it is probably one in a million chance. I don’t know. I am just speculating. So don’t mind me.

Anywho, looking at how it works, I’d say that MSTR LINX might just be a dream product that strikes a balance between ease of use and secured linking. Plus, you’d be looking James Bond (or magician, because it is like the Chinese linking rings!) cool when linking and un-linking the key rings. However, functional and coolest does come with quite a price and in this case, you are looking at 75 bucks for a set. If you are down for a set, you can pre-order it from MSTRMND Collective website. Delivery is expected happen by August 31, 2018. See it in action in the video below.