If you have not heard, there’s a new Godzilla movie, but this time round, it will be in animation form – Japanese anime, to be precise. Perhaps the most exciting part for fans of all things sci-fi/robots is, Izmojuki is involved in the production of the movie as the mechanic design assistance. The film, titled Godzilla: Monster Planet, is voiced by Mamoru Miyano, Kana Hanazawa, Tomokazu Sugita, Yuki Kaji, Junchi Suwabe, as well as Takahiro Sakurai – all whom I have no idea who they are. But who cares right? They will be just voice-acting and this being a Godzilla movie, Godzilla is what matters and obviously, those machines they will be turning out to deal with the radioactive monstrosity. 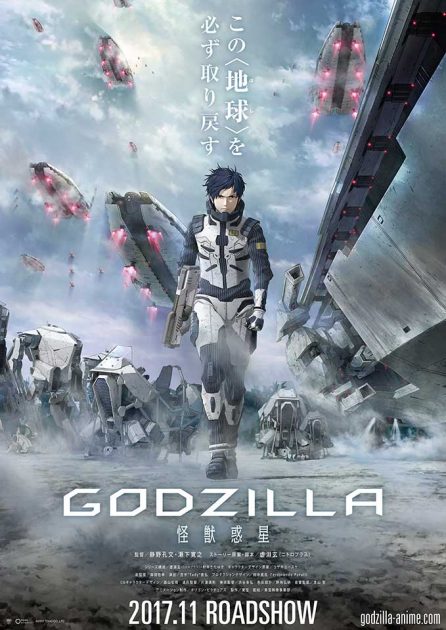 The movie is co-directed by Hiroyuki Seshita and Kobun Shizuno, based on a screenplay crafted by award-winning veteran visual novel written, Gen Urobuchi. Japanese 3DCG animation studio, Polygon Pictures, co-produced this much anticipated movie with fellow Japanese film distribution giant, Toho Co., Ltd. who, naturally, will be distributing the film. Unlike Hollywood iterations which only saw one kaiju so far, Godzilla: Monster Planet will see Godzilla take on other kaiju, hence the title, Godzilla: Monster Planet. So, yes, we said “other kaiju” because it has a roster of them. Kind of reminds me of the good’ol Godzilla movies I have watched as a child. Obviously, you have to be quite a huge anime and/or Godzilla fan to be looking forward to this flick. The Godzilla: Monster Planet is set to hit theaters in Japan in November 2017 and it will be available on Netflix later this year. Exact dates for both the theater screening and Netflix are not known at this point.

In mean time, here is a couple of teaser posters: 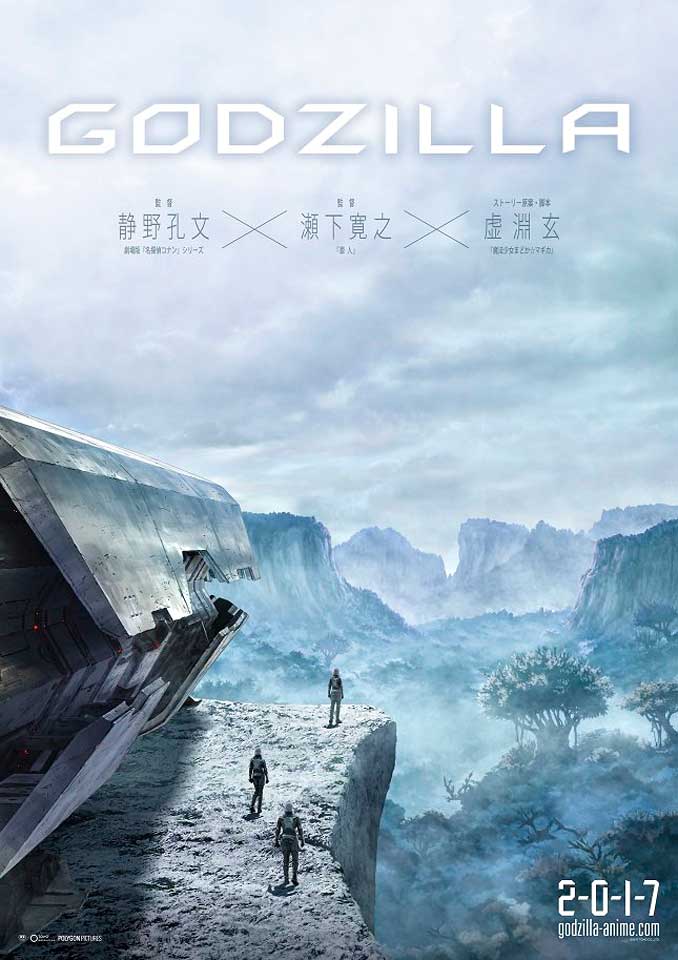 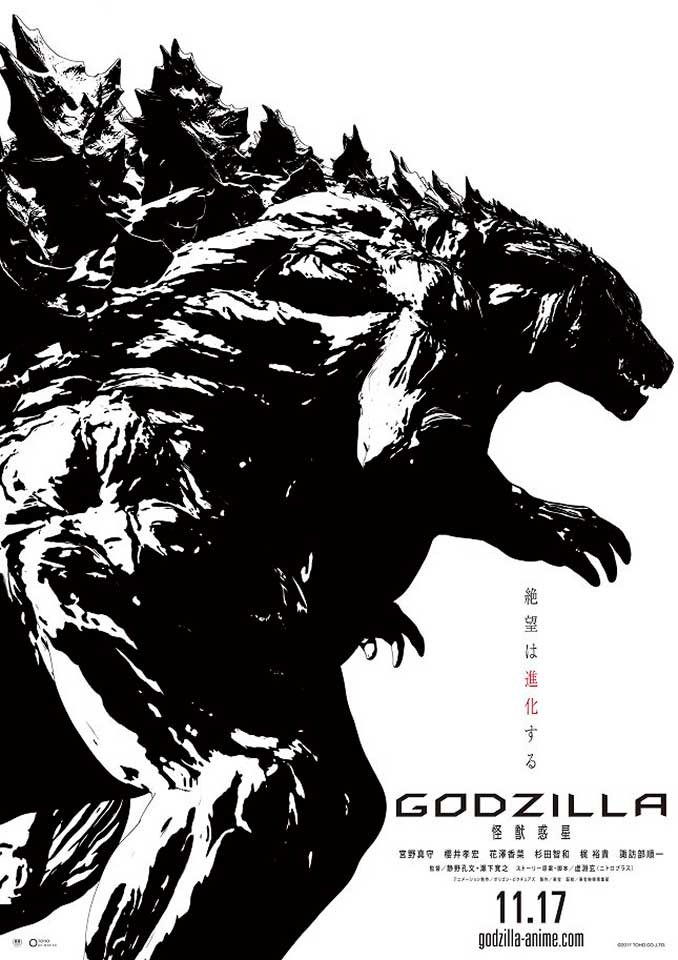 And here’s the featurette trailer:

P.S. We heard that infamous kaiju in Godzilla: Monster Planet will be the biggest Godzilla ever.