After serving up what could be decidedly un-American cheeseburger emoji, Google office in Seattle has reportedly served an edible version to its employees. Apparently, it was very aptly called “Android burger” and it was exactly as you have expected, a slide of cheese between the beef patty and bottom bun. Clearly, that is not how a cheeseburger should be and I am speaking a huge burger fan. Even mass-marketed burger joints like MacDonald’s also know how it should be done. There is really no need for debate over which is the “right way.” It is too obvious.

However, we noted that the “Android burger” wasn’t a faithful, edible creation of the controversial emoji because, sesame seeds. It was clearly missing those. Which brings to the question: does a burger, without sesame seeds on the top bun, let alone having cheese under the patty, will be tasty? I guess we will never know until the staff who consume it speaks out. That said, I am not going to lie. I will say it looks ‘nice’… aesthetically. As for the emoji, whether or not Google will make things right, so to speak, is not known.
‘
Perhaps, when Google CEO Sundar Pichai said “(they) will drop everything else” they are doing to “address on Monday,” he did mean to say they will make the burger like it was in the emoji’s and see how it taste? If so, we will be watching out for the verdict. I am guessing, if it tasted good, perhaps from here on, the ingredients on a cheeseburger maybe prepared in this order. But really, it shouldn’t if you ask me, regardless of how it tasted. It is borderline blasphemy.

In case you are wondering what exactly goes into the “Android burger”: 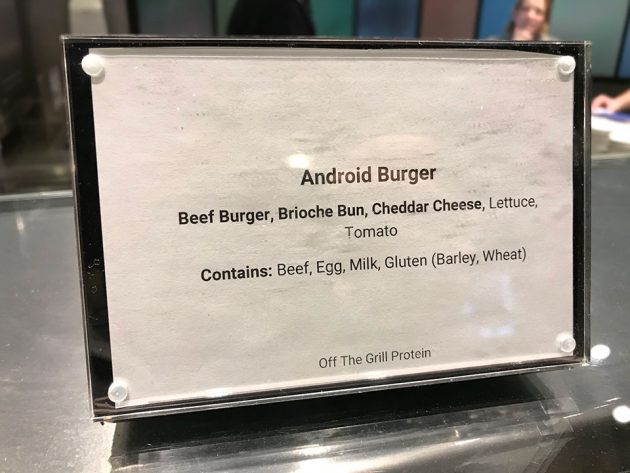