Folks, this is FlytCycle, a garage-built ‘hoverbike’ that took mere three weeks to take it from nothing to flight. The project started sometime in late April and completed in May, but by July, this flying contraption has already clocked in numerous test flights. Powered by no less than ten electric motors, arranged in a two-tier setup, FlytCycle’s latest flight test proved that it is extremely stable in low level flight and hover, and it is well capable of flying a human operator. While FlytCycle did get an instrument panel of sort and a proper seat complete with arm rests, it does not, however, come with a proper flight sticks like an actual should have at this point. 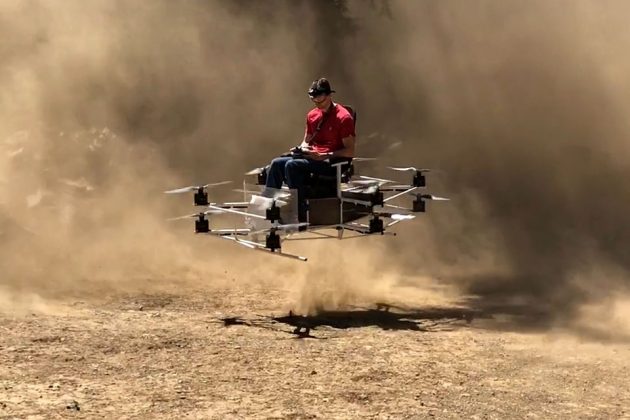 As shown in the video posted last month, it is still operated via a RC transmitter. So, yeah, it is essentially a big-ass manned drone. Then again, if you really think about it, isn’t every such contraptions to date are essentially manned drones? According to it is creator, FlytCycle currently runs on a single set of batteries which affords a modest 10-15 minutes flight time. Now, 10-15 minutes is not exactly ideal as a transportation, but it is work-in-progress and so future iterations may see that being bumped so it could actually serve as a form of short-range transportation. 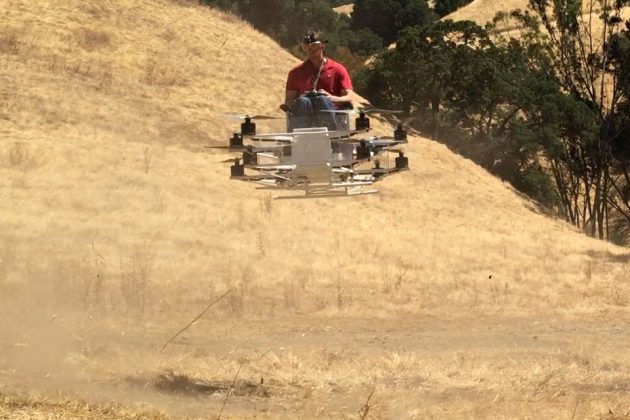 With a dry weight that comes in at an incredibly scant 165 lbs (75 kilograms) and a really, really compact build, FlyCycle can be easily transported in the bed of a standard pickup truck and so, while it may not fit as a transportation that could beat the traffic congestion, it could, for now, make a fun sport vehicle which you can enjoy wherever there are large spaces available. The only problem I see with VTOL is downwash and in the case of FlytCycle, open rotors. Downwash kicks debris and dirt around like, a lot, which can be a hazard to bystanders and even properties.

Seriously, someone need to develop an anti-gravity engine and beat the Newton’s third law of every action has an equal and opposite reaction. As for open rotors, I am sure it could be easily resolve in future iterations. It will interesting to see what Flyt Aerospace will come up with next. And oh, did I mention that FlytCycle is the handiwork of one person who’s not even an engineer by training? Impressive. You can catch the said video after a few more looks. 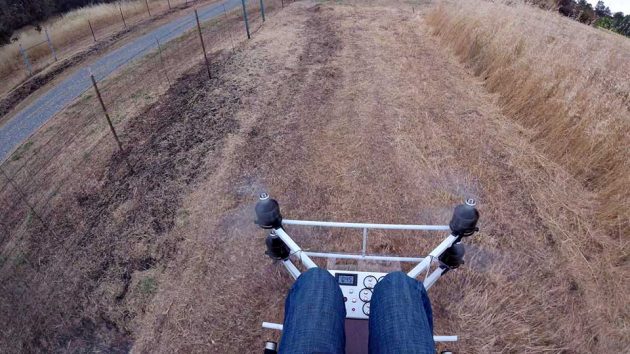 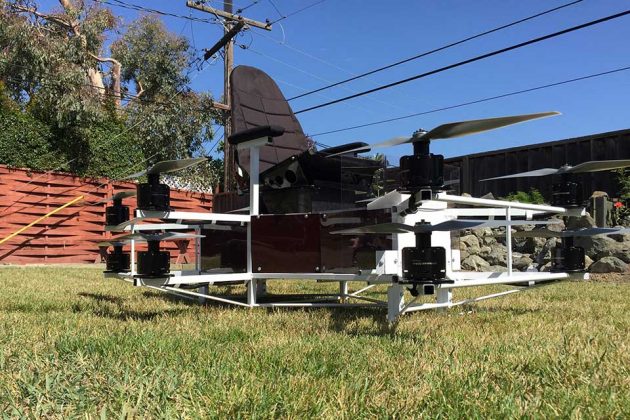 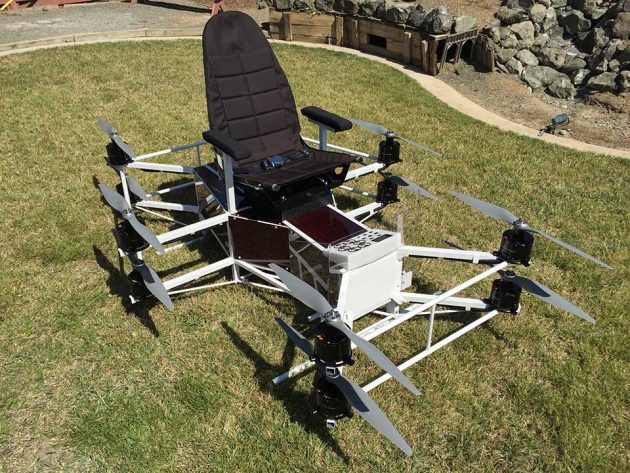 All images courtesy of Flyt Aerospace.