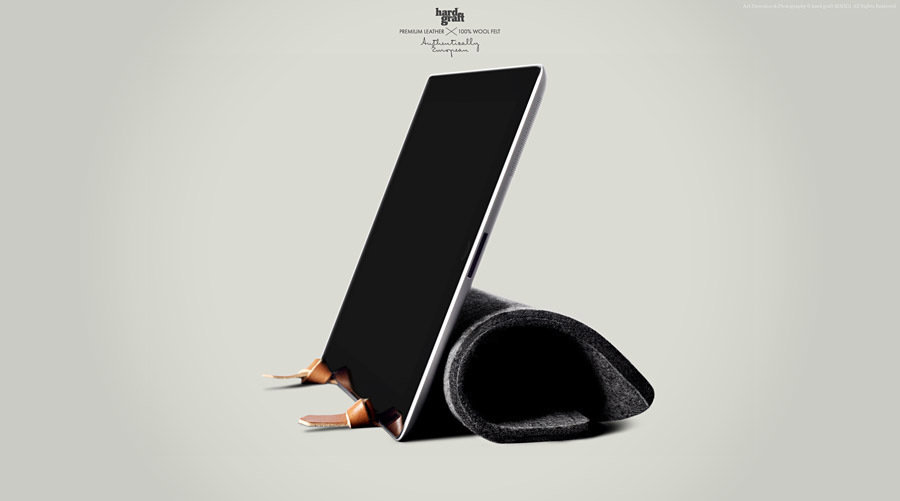 now that the new iPad has broke cover, expect a slew of made for the new iPad cases to come gushing into the market. this classy Hard Graft 2Point Turn iPad Case is among the first to hit the market and no, your existing iPad 2’s case won’t fit the new iPad as it is a tad thicker. featuring Hard Graft’s signature design of combining two luxurious materials, vegetable tanned Italian leather and 100% made in Germany wool felt, the 2Point Turn iPad case features a minimalist and no frills design that has only one thing in mind: protect your shiny new iPad with a touch of class. expect no magical magnets or complicated reinforcements – all there is, is a gorgeous case with two nifty leather straps. despite being not ‘reinforced’, it still able to prop up your iPad in two positions: one for typing and another good for watching videos. the Hard Graft 2Point Turn iPad case costs €69 a pop. we think it is beautiful and hence, we would like to invite you to join us for a gallery of this awesome looking iPad case after the break.